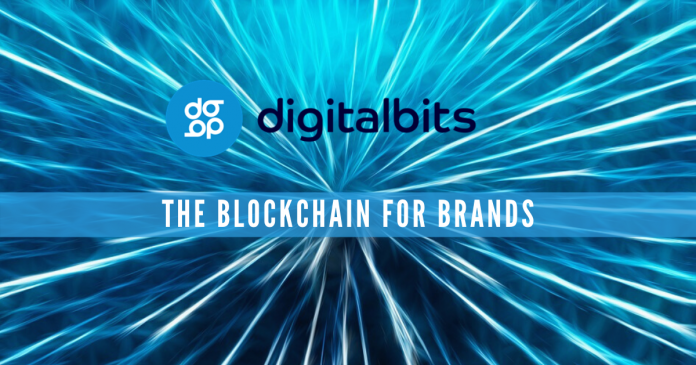 What is DigitalBits? The protocol layer blockchain is designed to support consumer digital assets. In particular, branded currencies that you can spend on rewards and offerings. That said, the company is planning to take the feature to a completely new level.

In the last couple of years, notable brands such as Facebook and Walmart have entered the crypto/blockchain space. These companies are developing grand projects like Libra, among others.

With this, branded currencies look to play a significant role in developing the blockchain landscape. To that end, DigitalBits, which is aiming to create a platform for the provision of branded currencies, seems to be right on time.

The DigitalBits blockchain uses a construct of the Federated Byzantine Agreement, a robust consensus mechanism. It allows for high scalability (+10 000 TPS) across a decentralized network. The protocol will support a wide variety of on-chain assets. Effectively, allowing for a number of branded currencies to co-exist.

The protocol seeks to optimize the backend infrastructure of existing consumer applications. Additionally, it will enhance connectivity for the company’s large and established ecosystems.

There is another important aspect here: it has to do with consumer behavior. The protocol will become part of existing user-friendly applications. This means that the consumers will start using blockchain without even knowing it. They won’t have to learn new processes and complicated technologies. Instead, they will enjoy the advantages of blockchain technology immediately.

It also ensures the existing communities on these apps stay connected. Thus reduces the switching costs associated with moving to a new platform

This way, DigitalBits aims to facilitate the transition to blockchain technology and paves the way for its mass adoption.

What is a branded currency?

A branded currency may be defined as “a store of value and a medium of exchange, sponsored by a specific brand or merchant, in a physical and/or digital form and used for the functional purpose of being a coupon, loyalty point, gift card or stablecoin.”

The problem and solution

As per a study by Reuters, nearly 80% of Americans stand enrolled in at least one loyalty program. The majority of consumers choose programs that help them save money when buying groceries, clothes, and medical drugs. Yet, both brands and consumers face frictions.

Participants of US-based loyalty programs generate points and rewards worth $50+ million annually. Around one-third of this sum, approximately $16.6 billion, is never used. Partially, because programs operate in silos, restricting the movement of value. In other words, consumers can’t spend that money on the offerings they want.

Additionally, consumers have complained about how difficult it is to redeem those points. They state that sometimes it takes too long to figure out the whole thing. As a result, they often abandon the process without spending the points.

Reuters also analyzed the behavior of consumers who turned down lucrative loyalty programs. Almost 40% stated the reason why was that they were not regular customers of the brand. At the same time, around 12% noted that they were concerned about the platform’s security.

D2C marketing is currently on the rise. Brands are facing fierce competition from new and agile players, some of which directly connect with the consumer. Consequently, they understand their needs better and are able to adjust quickly. This puts pressure on CPG brands (large brands that distribute through retail locations).

DigitalBits seeks to address the challenges faced by both brands and consumers. Its blockchain platform facilitates the frictionless movement of assets within the ecosystem. The latter includes brands, merchants, consumers, and payment providers.

Brands will be able to launch their own unique branded currencies on-chain. In some cases, they may resemble stablecoins. 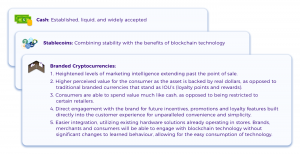 As a result, users will be able to manage their assets within existing applications. This will spur adoption and reduce friction.

Furthermore, brands will be able to directly connect with the consumer. That is because each transaction will deposit a value-backed coin into the respective consumer application. Effectively, this creates an interactive system between the brand and the consumer. In some cases, it even removes the retailer (ie. Middlemen) from the system.

Besides, brands can benefit from additional marketing intelligence and consumer insight. At the same time, the consumer gains access to customized promotions and actual monetary value. Unlike traditional point programs, this value may be spent anywhere, not just with the issuing brand.

In 2017, approximately 3.8 billion unique loyalty program memberships (a 15% increase compared to 2015) were held within the United States alone. With a population of approximately 327 million, this suggests the average consumer is involved in a minimum of 11 memberships. Over the years, this figure has been growing. Thus, the potential is tremendous.

That said, DigitalBits is taking a step-by-step approach. The team understands the revolutionary nature of blockchain. However, they are also aware of the fact that the technology is still an intimidating subject for the average consumer. S/he doesn’t understand such terms as public and private keys, wallets and so on.

To date, consumers have been forced  to start learning the process, adopt new habits, and understand and navigate unfamiliar interfaces.  This is where implementation with a novel approach can not only ease the adoption of blockchain technology, but can solve an actual problem that exists in mainstream society. The team behind DigitalBits understands this.

There will not be one branded currency to rule them all, and as increasingly more brands select DigitalBits as their blockchain of choice, there will be a multitude of branded currencies existing on-chain.

To avoid the issue of silos, DigitalBits’ built-in decentralized exchange leverages multi-hop technology, allowing trades to be completed up to 6 intermediary hops.  This reduces the need for direct markets, and creates the possibility for trades to be fulfilled by moving through a number of different assets, if needed.

This feature will play a crucial role in making branded currencies liquid. Eventually, creating a flexible ecosystem, where consumers can spend the points they earned buying coffee and get a discount on an airline ticket.

The DigitalBits blockchain uses the utility token, XDB, to perform a number of different functions. This diverse function set positively impacts token velocity, a subject of growing importance within the blockchain industry.

When opening new accounts, users need to stake a minimum of 10 XDB. This authenticates the account and activates the send function.

As brands begin to join the network, this may lead to large amounts of XDB being locked up.

Both authenticating accounts and transaction fees act as anti-spam features, deterring malicious entities that may look to clog the network.

XDB can act as a bridge token to facilitate transfers and trades between asset pairings. Especially the ones that may not have a large direct market.

2019 proved to be a fulfilling year for DigitalBits. The progress spanned across technical developments, partnerships, and user growth.

iCash and iBank Digital announced that they are exploring the use of the DigitalBits blockchain for tokenizing the iCashRewards loyalty point. Platform users will be able to utilize their iCash loyalty token as payment on iBankEX within the iCash Ecosystem. They will benefit from reduced transaction and exchange fees.

Notably, Toronto and New-York based MLG Blockchain has decided to accept iCash Loyalty Cards as payment for their advisory services.

Pundi X, a leading provider of blockchain-powered devices, announced recently the integration of XDB to its global ecosystem. This made the token usable within Pundi X’s powerful suite of financial products. Both users and merchants can use XDB on XPOS. The latter is the first blockchain-powered point-of-sale device. And the transactions can be carried out within the XWALLET app, and spent via XPASS cards and smartphones.

The company has shipped the XPOS device to over 30 countries. Eventually, 100 000 devices will be distributed across the global retail market by 2021.

This partnership has a tremendous long-term opportunity. Integration with Pundi X significantly enhances the utility of XDB. introduces a new found asset class for the PundiX ecosystem focused on branded currencies

The initial set-up ranging from early partnership concepts, payment off-ramps, and community growth seems to be a strategic move to position DigitalBits as the Blockchain for Brands. That said, the project has set the foundation for the potential 2020 unveiling of major brands, with official announcements to follow in the coming months

DigitalBits was successful in its fundraising efforts across 2018 and 2019.

A number of notable contributors spanning business, blockchain, and technology have supported DigitalBits, including:

Since August 2019, IDEX, Bilaxy, Hotbit, and Sistemkoin have all listed XDB. Thus, allowing for user growth and liquidity. With increasing industry recognition, it is likely that other exchange platforms will be adding support for XDB soon.

All in all, 2020 looks promising for DigitalBits. Q1 of 2020 is especially exciting with a major announcement in store. Its inclusive of partnerships focused on the development of major brands’ own branded currencies.

In Q2 and Q3, the team appears to be focusing on major technical developments.  This will begin with the official launch of the TNCS and Algorithmic Pool.

Altcoin Buzz will be covering the progress of DigitalBits over the course of 2020, so stay tuned for more updates.

The information discussed by Altcoin Buzz is not financial advice. This information is for educational, informational and entertainment purposes only. Any information or strategies are thoughts and opinions relevant to accepted levels of risk tolerance of the writer/reviewers and their risk tolerance may be different than yours. We are not responsible for any losses that you may incur as a result of any investments directly or indirectly related to the information provided.

Do your own due diligence and rating before making any investments and consult your financial advisor. The researched information presented we believe to be correct and accurate however there is no guarantee or warranty as to the accuracy, timeliness, completeness. Bitcoin and other cryptocurrencies are high-risk investments so please do your due diligence. This interview, overview or update article has been compensated for media cooperation and has been sponsored for by the interviewed or reviewed organization. Copyright Altcoin Buzz Pte Ltd. All rights reserved. 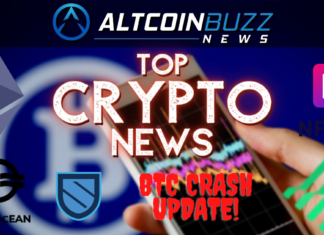 How Much is a Bitcoin Now Worth?