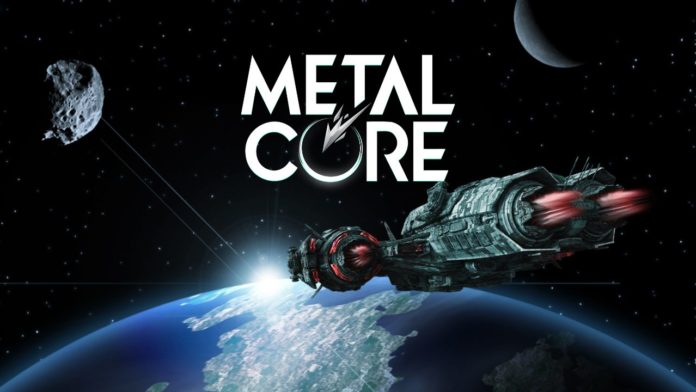 It’s 2269 and a civil war has broken out in the solar system. However, not everything was bad, because a technology, called “The Fabricator” had been invented to colonize worlds outside our galaxy.

Therefore, it was decided to go to conquer “Kerberos”, a habitable planet hundred of light-years away from Earth, where a group of 5 spaceships will undertake a 1-year journey to conquer it. In this article, you will discover more about Metalcore and how you can participate in it now.

Metalcore is an NFT combat game built on Polygon’s blockchain. You will have to survive fighting to conquer vehicles, machines, and lands, among others. As you progress through the P2E game, you can earn gear and other artifacts to sell and conquer the planet. Metalcore will be released soon, so stay tuned to their Twitter handle for more info.

Nowadays, Metalcore is launching a public NFT Mint called “Infantry Genesis” on July 28th, 2022. The mint price per NFT is 50 USD and there will be 10,000 NFTs in total. Moreover, the whitelist mint will begin on July 26th, where users can purchase up to 3 NFTs per participant.

We're thrilled to announce that our Infantry Genesis Mint is launching for the public THIS MONTH!
👉 Whitelist Mint on July 26
👉 Public Mint on July 28

Check out the link below for more info on how to claim yours!
🔗 https://t.co/80Y2w65uYD pic.twitter.com/wmYUHYhe92

Also, it’s important to say that in their recent private token sale, Metalcore managed to raise a total of $15M.

On the other hand, Metalcore is backed by leading companies in the P2E gaming ecosystem. Top firms like Animoca brands, Youbi Capital, Delphi Capital, and fundamental labs are just some of them. However, there are guild initiatives that saw in Metalcore a very important potential to scale steadily. This means that you can apply to popular guild platforms like Yield Guilds and Avocado Guilds to play it professionally.

Here is how a refinery will look like in Metalcore:

Finally, Metalcore is managed by an experienced team of professionals in the gaming industry. They also have a wealth of expertise in blockchain emergent technologies. The team has been very proactive in securing partnerships with other gaming projects such as YGG SEA. It also has the backing of several VCs.

Metalcore is an NFT game with a great potential to be massively adopted by many people around the world. The story behind it and the gameplay it will have promises a lot, so we believe it is a P2E game that will be worth trying.