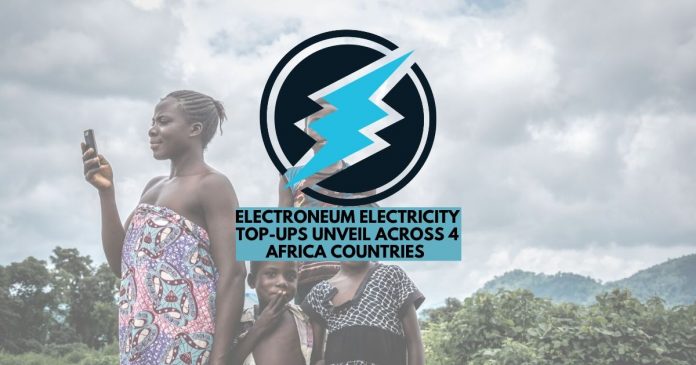 According to the announcement Electroneum electricity top-up feature will be available in Nigeria, Senegal, Mali, and the Gambia. Enabling ETN mobile users to top-up their electricity from the mobile app by paying for service with ETN tokens.

The new Electroneum electricity top-up feature comes at the back heel of ETN’s previous support for airtime and data top-ups. Across 140 countries globally, on the ETN mobile app.

Notably, Electroneum is a user-friendly, mobile-oriented blockchain digital currency with an Instant Payment System. Currently, they have more than 2.4 million downloads of the ETN mobile app in several countries.

Richard Ells, CEO, and Founder Electroneum via a YouTube post noted Electroneum is one of the few cryptocurrencies platforms that is currently constructing an ecosystem with real-world use cases.

He further stated that Electroneum is giving value for more than 2.6 million verified app users. Adding that “today approximately 185,000 mobile Electroneum electricity top-ups have taken place from within our mobile app.”

Electroneum has disclosed that they are on a mission to show that they are industry leaders as the use of its ETN token’s continues to increase.

The blockchain-based digital payment project noted its platform had weathered the hardships. However, in only 30 months since its launch, its ETN token is being used to top up mobile airtime and data in not less than 140 countries from within the Electroneum mobile app. Also, the platform noted it has nearly 2,000 merchants and service providers around the world accepting ETN payments.

Speaking on its growing adoption, Ells said, “Electroneum has more real-world adoption than virtually every other cryptocurrency project out there.

“We have achieved many outstanding objectives in the 30 months since our launch after a record-breaking ICO by participants with 120,000. However, we have many years of hard work ahead of us as we aim to be in a well-deserved position among the top 10 cryptocurrencies in terms of utility,” he noted.

Electroneum has shown great resolve towards its vision of leaving no region behind. The digital payment platform recently launched ‘AnyTask’ initiative, a global freelance platform powered by Electroneum.

AnyTask in the space of about three months has recorded over 460,000 individuals. Who have registered to the blockchain website as either sellers or buyers.

Additionally, it possesses a unique freelance platform and is currently the only one that does not require freelancers to pay commissions. It also doesn’t require them to have a bank account. Notably, Electroneum freelancers have listed over 6,500 tasks in dozens of categories. Such as tech support, video editing, whiteboard animations, website design, among several others.

It’s worth noting that Electroneum remains the only one to have launched its very own smartphone. Mainly designed for people in developing countries. The project is currently the only crypto that has a direct partnership with two mobile network providers.

Most recently, the project shared statistics on its users in Brazil, Turkey, and Nigeria who have topped its app-to-app transfers. 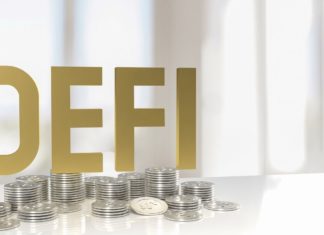 A Guide To The Top 3 DeFi Platforms

Camille Lemmens - April 26, 2022 0
DeFi keeps gaining in popularity. The option of no middlemen and high-yield lures in new users every day. Some people even talk about institutional...

Poloniex and KuCoin Will Take Part in USDT-TRON Airdrop