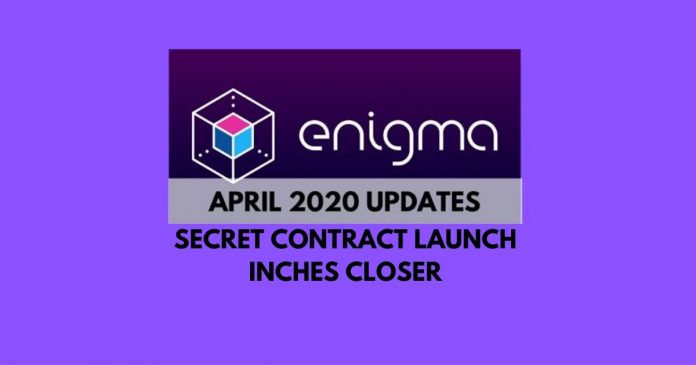 Privacy-focused blockchain protocol Enigma has published details of milestones achieved in April 2020 in a Medium blog post on May 6.

Despite the ongoing COVID-19-induced lockdown, Enigma revealed achieving yet another milestone related to its development of secret contracts. Speaking to its community, it highlighted the various important events and updates that took place last month. It also emphasized on including ways to boost the participation of developers, validators, and community members.

Speaking on last month’s events, the Enigma developer team pointed out that April “was busy and exciting”. They also stressed how they were able to achieve the second milestone “on the path to enabling secret contracts”. This involved the team working on assembling and operating a full node “with wasmi inside SGX”.

For now, there is a secure implementation and testing protocol related to all the requirements for carrying out CosmWasm contracts. Important improvements also took place on the SafeTrace API for privacy contact tracing.

In line with its March 2020 SafeTrace project announcement, the blockchain protocol has a Minimum Viable Product (MVP) demo. Alongside a front-end integration. Also, it partnered with TCN Coalition and hosted a webinar with Outlier Ventures. Where it discussed in detail SafeTrace’s capacities and abilities.

Outlier made use of Enigma’s Discovery Network APEX to display its work. There are also plans in place to design something to facilitate faster recovery to normalcy post-COVID-19 pandemic.

According to a blog post, preparations are also underway for Cosmos Game of Zones. A sequel of testnet challenges specially formulated to prepare Cosmos for the upcoming IBC module launch. The Enigma developer team also disclosed creating an IBC zone where users can easily connect with the “Secret Zone”.

Launched last February, Enigma has put its entire focus on ensuring private computations in “Trusted Execution Environments (TEEs), namely Intel SGX”. It is pertinent to note that achieving smart contracts require the completion of special tasks that the team distributed into three milestones on GitHub:

Both Milestone 1 and 2 are now complete, with the second milestone completion happening in April.

It involved incorporating an internal runtime (wasmi) inside the SGX enclave. The developer team also pointed out that they “fixed some CosmWasm issues along the way”. They attested to it being quite challenging, especially since the given original runtime of CosmWasm (Wasmer) was incompatible with SGX. Moreover, the team also had to look into the distinct barriers between “code that lives outside the enclave (untrusted code) and inside the enclave (trusted code)”.

This resulted in the need to “surgically remove Wasmer from CosmWasm internals”. Also, it called for the design of a VM interface connecting smart contracts on the blockchain protocol with the enclave-enabled wasmi runtime.

Previously, several developers had complained of not being aware of what happens behind the scene on Enigma. With this in mind, the blockchain protocol has now allowed developers to deploy their smart contracts on its testnet. However, for now, secret contracts are not yet allowed on the blockchain.

A detailed development update by Enigma for April 2020 can be found here.

The importance of privacy in blockchain space cannot be overemphasized. Enigma is looking to bring privacy solutions to the decentralized tech space. it concluded by stating that they were “thrilled to keep building toward the vision of Secret Apps”.

The United States Securities and Exchange Commission (SEC) recently asked Enigma to pay a fine of $500,000 for conducting an unregistered offering of securities in the form of an initial coin offering (ICO).

To remind, we first introduced our readers to Enigma in our Community Speaks segment. 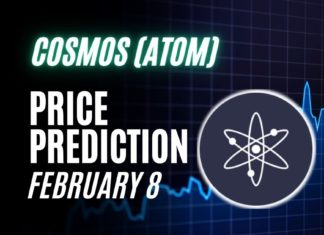 Pratik - February 8, 2022 0
Atoms have three use cases: as a spam-prevention mechanism, as staking tokens, and as a voting mechanism in governance. The Cosmos network consists of many...