The Ethereum 2.0 protocol might be launched ahead of schedule. The blockchain platform, in an official blog post, disclosed that its 2.0 genesis protocol might go live on December 1, 2020.

In line with its launch ahead of schedule, the ETH 2.0 deposit contract has been published and launched successfully. The blockchain platform has furthermore shed more light on its 1.0 specifications in a blog post.

Ethereum has also released a launch pad providing interested users with the opportunity to take part in the protocol. Interested persons can now register and stake on the soon-to-be-launched ETH 2.0 protocol. Interestingly, users will also have access to the recently launched deposit contract where funds will be deposited.

To take part in ETH 2.0 staking, users will need to send at least 32 ETH tokens. However, interested persons should be cautious not to send funds to scammers masking as the original ETH address. To prevent loss of funds, users need to avoid sending ETH directly to the deposit contract address. Rather than directly sending ETH to the deposit contract, interested persons are advised to make use of the recently introduced LaunchPad.

Blockchain firm ConsenSys sent out this warning in a tweet.

⚠️ REMEMBER: DO NOT SEND ETH TO THE DEPOSIT CONTRACT! Sending Eth to this contract address will result in a failed transaction, and does not mean you are staking on Eth2. ⚠️

The successful launch of the deposit contract is a pointer to the imminent launch of ETH 2.0. With this in mind, developers are actively preparing for the Genesis launch of the protocol. The launch is slated for December 1, 2020.

However, this launch date is based on a single condition. For ETH 2.0 genesis to go live, the network must have at least 16,384 validators. In the event that validators are less than the specified number, the protocol will not be launched. Once the number of validators reaches 16,384, the protocol will then launch seven days later.

The launch of ETH 2.0 genesis is only the first step to the mainnet launch of the protocol. The launch is slated to happen in stages. Notably, the Ethereum blockchain will also move from a Proof-of-Work (PoW) to a Proof-of-Stake (POS) consensus algorithm. The co-founder of Ethereum, Vitalik Buterin, recently threw more light on the soon to launch Ethereum 2.0 protocol.

Find out more about the ETH 2.0 proposed launch on the Altcoin Buzz YouTube channel. 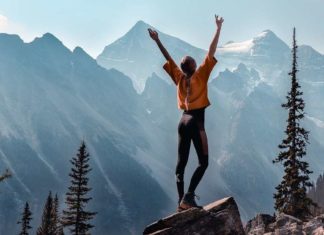 The Chainalysis Crypto Adoption Report on the Middle East