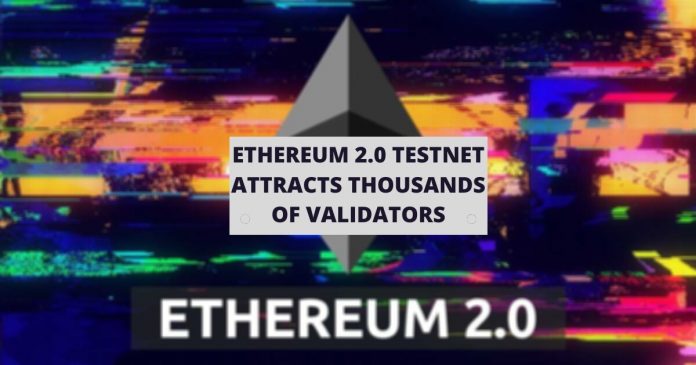 Following its launch, the much anticipated Ethereum (ETH) 2.0 testnet has garnered a lot of attention. And this has resulted in almost 30K validators being on board to keep the testnet running.

Days after the successful mining and validation of the first (genesis) block, there was an incredible spike in interest regarding the Ethereum 2.0 testnet. It recorded close to 20,000 validators on the testnet within the first couple of days.

Based on recent reports, the Topaz testnet has now reached 29,300 validators staking more than 1 million ETH, worth over $200 million.

Preston Van Loon, CEO of Prysmatic Labs said: “We’re delighted to see the amount of community support and activity on Topaz. This is the first large scale ETH2 testnet where the community controls a majority of the validators.”

The Topaz network aims to conduct a test on the Phase 0 proof-of-stake (PoS) protocol implementation on Ethereum 2.0. This test will enable the network to transfer from the current computationally-intensive proof-of-work (PoW) consensus mechanism to a higher implementation.

The PoS model will also enable users to “stake” (lock-up) their ETH coins. This would help to verify the transaction and in the long-run, reward the stakeholders. To this effect, the stakeholders will receive a part of the resulting fees as a reward.

Incidentally, the Topaz testnet is using the same mainnet configuration which Ethereum 2.0 will also use for its initial launch. Validators need to stake at least 32 ETH due to this configuration. Notably, validators would need the same minimum amount of 32 ETH during the launch of the main network.

On the subject of a future testing plan, Vitalik Buterin, Ethereum co-founder had earlier tweeted after the Topaz testnet launch.

Note that this is likely not quite yet "THE Multiclient Testnet™", as we are likely going to do one or two restarts soon to have more chances to test the genesis mechanism. But still, huge progress and excellent work by @prylabs https://t.co/EmUNnOoL6Q

Tentatively, July is the launch date of the main network that Ethereum is targeting right now. The full roll-out process will consist of six phases with each of these phases introducing various changes as seen in the overhaul.

Even at the Ethereal Summit, Ben Edgington of ETH 2.0 client operator Teku commented, “I’m 80-90 percent confident it will go live by Q3.”

Currently, the much-expected version 2.0 upgrade has passed through a framework and codebase audit. It achieved success in this audit conducted by Least Authority, a renowned security consultant.

Though the consultants approved the design generally, they still reported detecting some likely attack vectors. Prysmatic Labs, the software team behind Ethereum is currently looking into that.

Recently, co-founder of Ethereum and Consensys, Joseph Lubin shared his thoughts on how Ethereum 2.0 was progressing. He touched issues relating to ETH 1.0 and also expressed his opinion that ETH 2.0 would increase scalability. Also, OKEx Pool has announced its support to be among the first batch of mining pools to serve as a validator for the ETH 2.0 testnet. 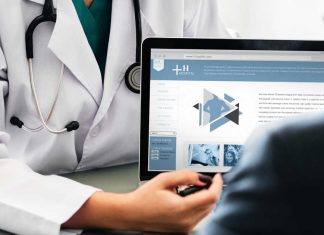 Blockchain Use Cases In The Healthcare Industry

Lesia Dubenko - January 22, 2019 0
Blockchain's potential is versatile and immense -- so the mantra goes. While some are looking to create passports on the blockchain, others are using it for voting at a...