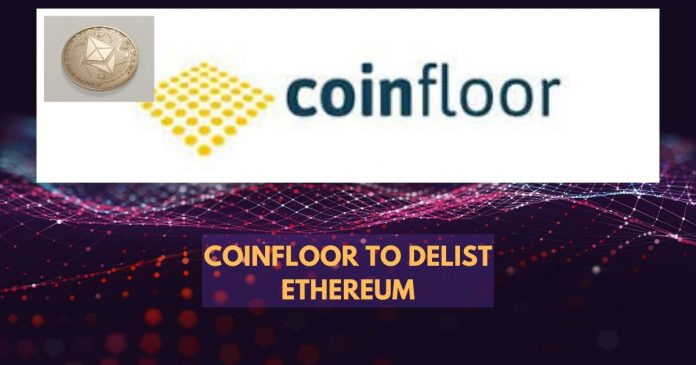 Popular crypto exchange Coinfloor has announced that it will no longer support Ethereum in 2020.

This is according to an official blog post by Coinfloor. Concurrently, Coinfloor will also be delisting Bitcoin Cash (BCH) on January 3, 2020. The exchange plans to retain only Bitcoin on its platform.

“We are excited to announce that Coinfloor will focus on providing Bitcoin only services from the 3rd of January 2020, on the 11th anniversary of Bitcoin’s launch. The decision will allow Coinfloor to provide a richer set of services for the world’s leading cryptocurrency while maintaining focus on simplicity,” the post reads.

All of these plans have been ahead of the Ethereum 2.0 debut in January 2020.

Speaking on the announcement, founder and CEO of Coinfloor, Obi Nwosu implied that the exchange was proactive in its dealings. Also adding that “the modification of Ethereum’s platform will take lots of years to round up.”

Alongside retaining its support for Bitcoin, Coinfloor plans to build monetary services linked to the ‘king crypto’ Bitcoin. Adding that, “no other virtual currency comes so close to the track record of Bitcoin.” Furthermore, he pointed out that, Bitcoin is an inflation-proof crypto. Making it the only crypto with prospects of becoming the ideal form of money.

Starting January, Coinfloor users will not be able to deposit, purchase or sell ETH/BCH on the platform. However, custody and withdrawals after the specified date will still be supported. But at an increased “administrative fee”.

Bitcoin is way ahead of everyone else

The blogpost also disclosed that Ethereum technology has yet to be proven. Thus, it has to find solutions to several pending issues on its network. Including its proposed transition from Ethereum 1.0 to Ethereum 2.0.

At the same, according to the exchange, bitcoin is already bringing solutions to real-life issues,. Nwosu stated that: “People are looking at improving Bitcoin, […]but Bitcoin is already a good solution to the problem. Everything else is cream on top of the coffee. It is already solving the problem today.”

The exchange however disclosed that it might relist Ethereum.

To add, Coinfloor is the first crypto exchange to become crypto monogamous. It claims that this is because it realized that Bitcoin is “way ahead of everyone else.” Nwosu also added that he hopes more exchanges will follow its decision in the near future.

It is important to note that Coinfloor holds a license from the United Kingdom’s FCA. 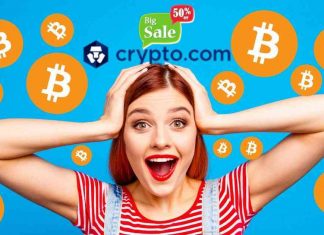 Deepika Garg - April 30, 2020 0
Bitcoin halving excitement is at its peak and a special offer by Crypto.com has scintillated it further. On May 12, the 3rd day of Bitcoin halving,...