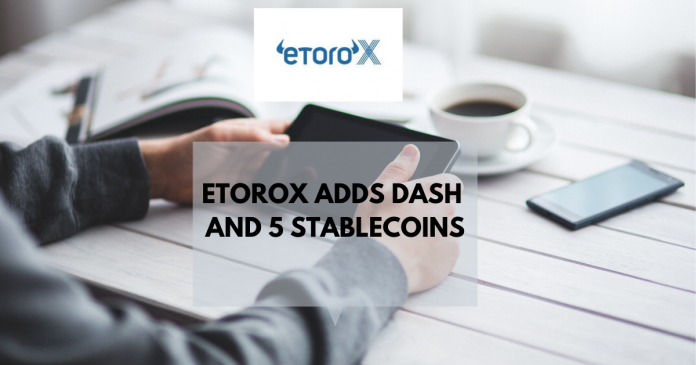 eToroX, the Israeli cryptocurrency trading and investing platform, increased the number of trading pairs. 96 of then are now available.

BIG NEWS– 5 new stablecoins+USDC, USDT & Dash have been added to our exchange. The icing on the cake; the much anticipated GOLDX/BTC pairing has been added! This amounts to a substantial 30% increase & a total of 26 tradable assets on the #eToroX exchange.https://t.co/dSJrCA4Vs7

“We see the addition of USDC and USDT as a way for eToroX to further meet the needs of professional and institutional-grade Algo Traders, particularly in the Asian markets,” commented Doron Rosenblum, Managing Director of eToroX. “eToroX is always happy to be able to announce further tradable assets on the Exchange, and adding five new stablecoins, plus the addition of the Dash cryptoasset, demonstrates our ongoing commitment to bridge the gap between the Blockchain and traditional financial markets.”

eToro platform has millions of users from 140 countries.

Last year the company launched its own wallet. In the beginning, the users could buy and sell XRP, Ether and Litecoin on its platform. However, according to the user agreement, the client was not able to replenish his account or withdraw crypto from his account using his eToro account.

“We are happy to announce that the addition of 120 EC-20 tokens to our multi-crypto, on-chain wallet that we announced in June is almost complete,” eToro said.

The wallet is available in many countries. It is managed by eToroX, a subsidiary of eToro Group.

Last month, Altcoin Buzz reported about a new crypto trading tool called CopyTrader. It tracks the activities of famous traders and allows users to repeat them. 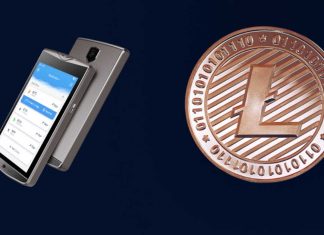 Ifeanyi - May 13, 2019 0
Cryptocurrencies are no longer news in various sectors and regions of the world, irrespective of the bearish market in 2018. Presently, the crypto industry...

Ukraine is Testing Blockchain for Voting and More