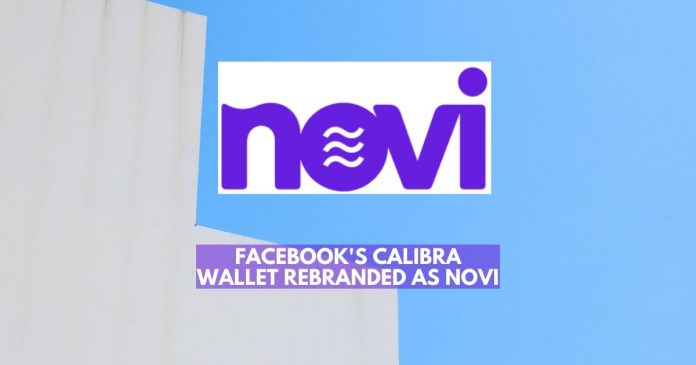 Social media giant Facebook has announced that its digital wallet Calibra would continue as planned but would now be known as Novi.

Noting the rebranding from Calibra to Novi, Facebook stated that it would prevent confusion with the Libra cryptocurrency. According to the social media giant, the two names sounded similar and this necessitated a change.

Novi’s financial head and Libra co-creator, David Marcus, in a series of tweets also confirmed the rationale behind the change.

Really excited to unveil our new name today! Calibra is now Novi. After announcing @Libra_ last summer, it became clear that there was more confusion than we wanted. 1/3 pic.twitter.com/EvRUnyf4aA

Marcus in an official Facebook post further disclosed that the new name got its inspiration from the Latin words for “new” (“novus”) and “way” (“via”). Also, the Novi logo included the Libra brand within the wordmark, Marcus pointed out.

Novi comes from the combination of two Latin words, novus = new, and via = way. Novi will offer a new way to send, receive, and secure Libra currencies. Since Novi is designed for the Libra network, there’s a nod to Libra in our logo. 2/3

We can’t wait to start rolling out the Novi wallet as soon as Libra mainnet goes live. In the meantime, here’s a little video (play with sound — I love that tune!) 3/3 pic.twitter.com/Fbrxhxpg5d

Additionally, the project would also be available to clients as a standalone app. And there would be an integration of Novi within Facebook’s Messenger and WhatsApp services. However, clients would need to tender a verified government-issued ID before using Novi.

Furthermore, users would be able to utilize Novi as a ramp to convert fiat money to crypto assets. Also, there would be the option to cash out cryptocurrencies to traditional fiat currencies.

The mission remains the same

The official Facebook post further noted, “While we have changed our name from Calibra, we haven’t changed our long-term commitment to helping people around the world access affordable financial services.”

It emphasized that the rebranding was mainly to clarify that Facebook was not the controlling factor behind the project. Rather it was just one of the members of the Libra Association which also include Spotify, Uber, Coinbase, Iliad, Lyft, amongst several others.

There was no indication of a release date. However, the post about Novi mentioned its forthcoming Libra-compatible wallet would launch along with the Libra Network. “We’ll roll it out in an initial set of countries, with features that will make cross-border money transfers instant, secure, and with no hidden fees,” the announcement stated.

Notably, a new entity, Novi Financial, would now operate the wallet and other financial services for the project. Moreover, it would operate independently from the social media giant at its Menlo Park, California, headquarters.

Despite facing many setbacks and obstacles, the Libra Association is still pushing forward to deliver its promised project.

Notably, the association recently updated its whitepaper. It went on to affirm that it was no longer building a global stablecoin tied to a basket of fiat currencies and securities. However, the new plan was to issue several stablecoins. And these stablecoins would link to individual national currencies in different markets.

Recently, Libra had also been on a hiring spree to help meet up with regulation set for it before launch. 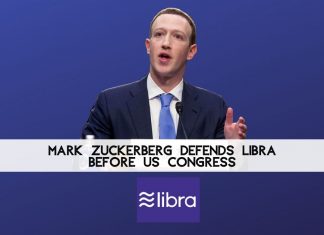 David Abel - October 24, 2019 0
Facebook proposed digital currency Libra has come under scrutiny as regulators around the globe express disapproval over the project. The Libra dilemma continues as...