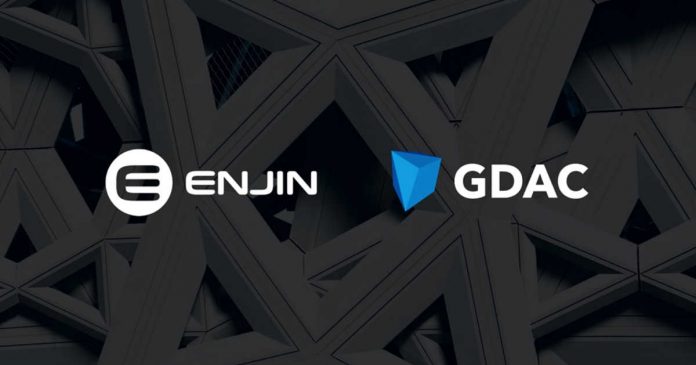 Enjin Coin (ENJ) was listed on the Global Digital Asset and Currency Exchange (GDAC) last week. Now GDAC is also adopting the Enjin Platform and ERC-1155 token standard to gamify its user experience and reward customer engagement—making it the world’s first web-integrated ERC-1155 rewards program to launch publicly. GDAC will reward users with Ethereum-based ERC-1155 assets that will enable them to reap further benefits and rewards within the GDAC platform.

GDAC announced its adoption of Enjin’s blockchain game development platform, a suite of tools that enables developers to mass-produce powerful ERC-1155 assets backed by robust smart contracts that can be used to manage customer gamification mechanics through transactions on the Ethereum blockchain.

The South Korean exchange is the first customer-facing service to use this technology to automate viral user acquisition and boost customer-retention rates by creating a fun, engaging experience that serves as a compelling example of how the retail market, which brings in $24 trillion in annual revenue, can utilize blockchain technology to revolutionize marketing within the sector.

GDAC is the second exchange this month to announce adoption of Enjin’s blockchain tools. Last week, regulated European fiat-to-cryptocurrency exchange Kriptomat announcedthat it would use the Enjin Platform and ERC-1155 standard to rewards users and gamify trading. However, the launch date of Kriptomat’s gamification features have yet to be announced.

To celebrate its listing of Enjin Coin (ENJ) earlier this month, GDAC is hosting a rewards campaign starting February 21 and will distribute ERC-1155 tokens that will unlock valuable trading and mining rewards within the GDAC platform. Over 5,000 ERC-1155 tokens, including pickaxes, drills, and frozen ice boxes, have been minted for the campaign. From February 18-22, GDAC will distribute these ENJ-backed items via their website, which can then be utilized within the GDAC exchange from February 21 to March 1.

“We’re happy to work with Enjin to provide this special listing event to our holders,” said GDAC CEO Jae-min Oh. “We hope to continue this collaboration to offer holders unique experiences and new opportunities.”

“We’re happy to provide holders the opportunity to utilize next-generation ERC-1155 items through GDAC, marking the first time the Multi Token Standard will be utilized by an exchange as part of a customer rewards program,” added Enjin CEO Maxim Blagov. “We anticipate this is the start of what will become countless use cases for ERC-1155 across many industries.”

Created by Enjin CTO Witek Radomski, ERC-1155 has been praised as the next-generation Ethereum token item standard. With the Enjin Platform, developers of all experience levels can easily create, integrate, and manage blockchain-based assets. Developers seeking to gain a competitive edge will soon be able to use Enjin’s Blockchain Software Development Kit (SDK) for Unity, the world’s largest game development platform, which will be listed on the front page of the Unity Asset Store upon its public release. This will enable 4.5 million game developers to mint ERC-1155 tokens and manage complex gameplay mechanics through transactions on the Ethereum blockchain.

The Enjin Platform has already been extremely successful in attracting talented developers to the Ethereum blockchain. To date, 17 developers have announced their adoption of Enjin’s tools and are integrating Ethereum-based ERC-1155 tokens into over 40 games, apps, and websites.Twenty-nine of those games have banded together to form ‘a multiverse’ of gaming worlds, which will allow players to own their items and characters forever and use them across all participating games and platforms.

Since its founding in 2009, Enjin has been deeply involved with the gaming industry. The same year, the company launched a gaming community platform called the Enjin Network and has grown it to more than 20 million users over the course of a decade. In 2017 following a successful ICO that raised $23 million, Enjin established itself as a leading blockchain ecosystem developer, building a suite of user-first blockchain products that enable anyone to easily create, manage, trade, store, explore, distribute, and integrate blockchain assets.

Built on top of a robust on-chain infrastructure and comprised of the Enjin Platform, Explorer, Wallet, Beam, and other tools and services, the Enjin ecosystem empowers gamers with true ownership of digital assets and enables game industry businesses to increase revenue, gain a competitive edge, and innovate in previously impossible ways. Forged in gaming, Enjin’s tools and services can also be used by companies of all sizes and industries seeking to create blockchain products or utilize tokenized digital assets as part of their acquisition, retention, engagement, and monetization strategies. 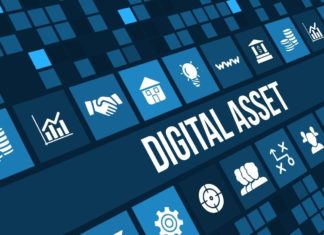 Racheal - November 8, 2021 0
This is a significant feat not just for Chainlink but for the entire blockchain and cryptocurrency space. The decentralized oracle platform is providing a...

Cryptocurrencies May be Regulated by 2022?