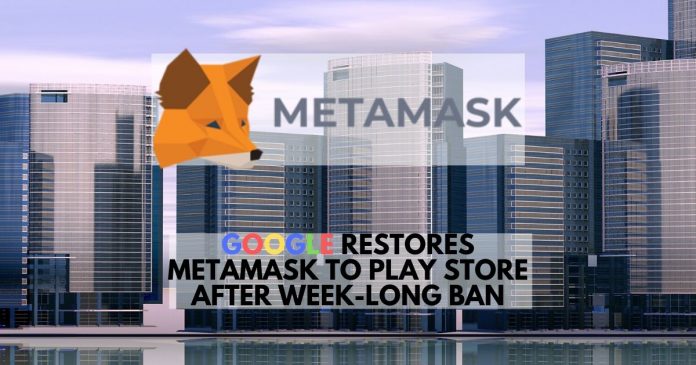 The Ethereum dApps browser, MetaMask, has encouraging news. Google has reinstated it after a one-week ban.

MetaMask via tweet stated that Google had reviewed its position on the app and restored its access to the play store.

Happy New Year! Upon careful consideration, Google has permitted The MetaMask mobile app back on the Google Play (Android) store! Thanks to all the believers in an open web for speaking out in our support! https://t.co/Z8KOCtvHq0

As earlier reported, the US tech giant had removed the app from Google Play store, arguing it offered mining cryptocurrencies. The latter, according to the company, breaches the terms and conditions of its operating platform.

However, soon it admitted that MetaMask is simply a browser extension. To the delight of MetaMask and its fans.

According to the Ethereum dApps browser developer, the banning experience has helped it become more resilient and stronger. MetaMask further thanked its users for having suggested alternative distribution methods during the Google blacklisting.

Concurrently, Dan Finlay, MetaMask’s co-lead developer, has noted he hopes the ban was an honest mistake on the part of Google.

According to him, “in combination with all the crypto YouTube bans, it puts me at disease about how Google is engaging with decentralizing technologies. If people accept this behavior from a mobile monopoly like Google, we may not deserve something better.”

What’s also interesting is that recently a MetaMask contributor denounced the app. He said its parent firm ConsenSys does not adequately support it. And added that the MetaMask team’s workflow was neither transparent nor decentralised. He alleged that the project’s code was “of low quality, full of technical debt.”

However, Finlay refuted the claims. He described them as an “inflammatory and alarmist” tone of someone who was not a proper team member. But he conceded the accuracy of some of the contributor’s criticisms, particularly regarding the project’s code.

Notably, this was not the first time Google removes MetaMask from its app store without warning. The first instance took place in July 2018.

To remind, the app enables users to easily play games like “CryptoKitties” and “Gods Unchained”. Users with the wallet can store and access cryptocurrency as well as crypto assets on its platform. This includes virtual items such as virtual kitties and playing cards.

On a different note, Google’s social media platform, YouTube recently removed thousands of crypto videos, claiming it was an “error”. Since then, the company has reversed some of the suspensions. 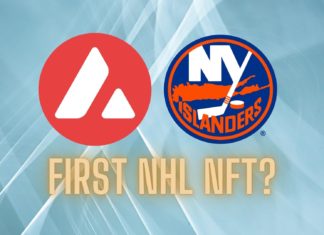 Aidan - November 24, 2021 0
One of the first in the North American Sports World, the New York Islanders, releases an NFT with real-world benefits. The professional North American sports...