Bitcoin is one of the most volatile assets of the last 10 years. It started from nothing and at the height was worth about $20,000. So, the question is, ‘‘How much should you own, if any?’

Before going any further, the first step to investing in anything is understanding what you’re investing in. A common misconception with Bitcoin is that it is just funny internet money used by people to fund illicit activities. While Bitcoin has been used for illicit activities, so has basically every other asset.

Bitcoin isn’t just digital cash. It is a decentralized network of trust in which no one can control your funds as long as you control your own private keys. This allows users to have complete control over their own assets without having to trust a third party with their Bitcoin. If you wish to learn more about Bitcoin I recommend you watch the videos put out by Andreas Antonopoulos on his Youtube channel and read the beginner’s guide I put together.

Now that you have a broad definition of what Bitcoin is, let’s talk about how much you should own. Bitcoin, like any other asset, shouldn’t be bought with money that is to be used for a living (rent/mortgage, food, bills, etc…). Before investing in anything, ensure all of your bills are paid and the money you are investing is discretionary income.

Personally, I believe it is a good idea to have exposure to this asset. The percentage will vary from person to person based on their risk tolerance and comfortability with this technology, but I believe some exposure is valuable, for most people.

Traditional investing usually allocates 5-10% in gold as a protection. I think investors should start adding between .5% if they don’t understand Bitcoin much, and upwards of 2% if they understand the technology and know what they are getting into.

While these numbers may seem completely arbitrary, they aren’t. Research performed by @100trillionUSD shows how over the last 10 years, investing just 1% in Bitcoin and 99% in cash actually outperformed the S&P500. While you can’t expect similar returns going forward, his point was that whether you like Bitcoin or not, having even the smallest allocation of your portfolio in Bitcoin can help your portfolio record extreme gains while being conservative in the other 99%.

The thought process is fairly simple. Losing 2% or less (assuming Bitcoin goes to $0) of your portfolio won’t destroy your holdings, but due to Bitcoin’s volatility, that .5%-2% could allow you to see very large returns.

While the purpose of Bitcoin is to be your own bank, some users don’t want that responsibility. There have been many cold storage options the past few years (Ledger, Trezor) but only recently have third parties stepped up with institutional grade storage. With companies like Coinbase, Robinhood, Cash App, Circle, Fidelity, etc…, users can decide to bank their Bitcoin and pass off that responsibility to a third party. While these companies are far from perfect, they allow users to store their Bitcoin with a reasonable amount of trust. This allows users to buy Bitcoin and store it without having to fear losing it.

Due to the emergence of those kinds of storage combined with the ease of using them, there is a much lesser risk of buying Bitcoin now than there was, even in December 2017 when the price of Bitcoin was about $20,000. Historically, Bitcoin’s volatility has allowed for large returns even with a low level of exposure to it. While past performance doesn’t guarantee anything, going forward I think it is a good idea to at least have some exposure to this asset.

Please note: This is not financial advice. The above is the writer’s opinion and you must do your own due diligence before investing in bitcoin or any other assets for that matter. 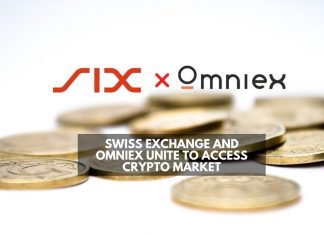 Daniel Abel - February 28, 2020 0
Switzerland based SIX has partnered Omniex, a San-Francisco based financial technology firm which provides an institutional investment and trading platform for digital assets and...

Is McAfee a Bygone Crypto Predictor. Or Is He Just Like...