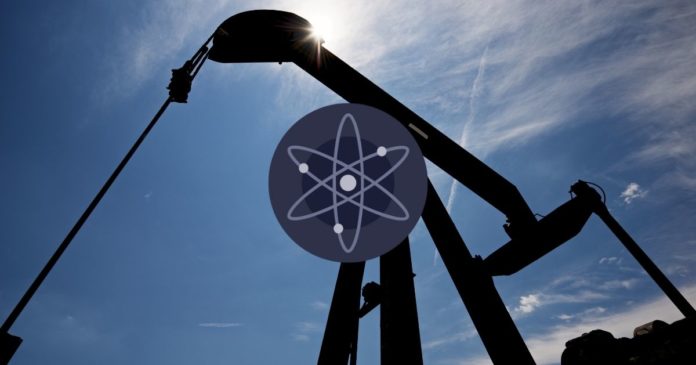 There are many use cases for staking, and the Cosmos ATOM token is leading the way for them. The Anchor Protocol recently launched a new way to earn extra yields by staking ATOM.

The Anchor Protocol announced new DeFi opportunities for ATOM holders late last month. Additionally, it said that the integration introduced the first decentralized use case for borrowing against ATOM and staked ATOM. This brings value to both the Terra ecosystem and broader Cosmos ecosystems.

Anchor Protocol is a decentralized savings platform offering low-volatile yields on Terra stablecoin deposits. It recently held a governance vote to enable bATOM for use as collateral on the protocol.

The vote passed so ATOM holders can now enjoy yields from the Terra ecosystem.

Another use case for $ATOM

– Depositing borrowed $UST on Anchor to earn ~20% Apy or using it for DeXes like osmosis.

Altcoin Buzz revealed how to earn more than 72% by staking ATOM and USDC on StellaSwap. Now it is time to find out how to earn yields on Anchor with ATOM.

Furthermore, enabling bATOM as collateral on the Anchor Protocol has been made possible by onboarding wrapped stkATOM to the Terra ecosystem. Holders of the wrapped token can earn staking rewards while maintaining the liquidity of their staked ATOM.

pStake Finance, which creates the wrapped ATOM, said that the integration of bATOM allows stakers to borrow on their assets. These would otherwise be locked when staking in the Cosmos ecosystem.

“Using pSTAKE & Anchor, $ATOM stakers will be able to use their position (as bATOM – stkATOM on Terra) as collateral to borrow $UST, which can be utilized in a range of DeFi apps.”

Terra’s UST stablecoin is one of the fastest-growing in the DeFi ecosystem. Its circulation has grown by 65% since the beginning of the year and it is now the fourth largest. As a result, the stablecoin supply is now at a record 16.7 billion UST.

Additionally, Binance has launched staking incentives for UST on April 6. This means that ATOM holders can use their staked token variant to borrow UST and stake that with Binance.

#Binance Staking launches $UST staking with up to 19.63% APY@terra_money

The Cosmos Hub token has dropped 5.1% on the day, according to CoinGecko. As a result, the token was trading at $29.12 at the time of writing.

The token is still up marginally over the past fortnight and month. However, it remains 34.5% below its January all-time high of $44.45. 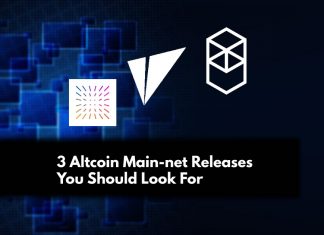 3 Important Mainnet Launches You Must Know About in Q3, 2019

Robert Patrinjei - August 1, 2019 0
As you may already know, some altcoins tend to pump hard around a mainnet launch, and in most cases, they do very well after...