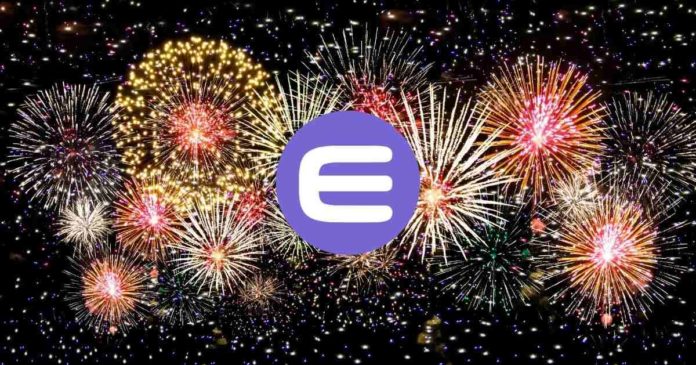 The NFT space has continued to make extraordinary progress, with Enjin (ENJ) arguably paving the way to achieving global adoption of the NFT space.

The popular Enjin (ENJ) NFT platform has made remarkable progress in recent times. Its JumpNet blockchain currently boasts of being carbon-negative and has announced plans to launch smart contracts.

This article covers in detail several of Enjin’s recent partnerships, updates, and events that are further helping to strengthen its ecosystem.

JumpNet is the fast, secure, eco-friendly, and gas-free blockchain built on Enjin. The eco-friendly platform has announced plans to support the launch of smart contracts. This means that smart contract developers (blockchain game developers inclusive) will have access to top-notch support from the gasless and carbon-negative platform.

Ethereum currently generates an estimated 13 million tons of carbon annually (and the last two months have seen an increase). JumpNet, on the other hand, makes it possible for developers to mint NFTs and develop smart contracts with zero carbon emissions.

Supporting the launch of smart contracts is a step in the right direction for Enjin’s JumpNet blockchain. With it, developers will be able to launch their own ERC-20 tokens as well as develop other amazing minting techniques.

Some of the games on Enjin include Forest Knight with Ether Legends gearing to go live on JumpNet.

JumpNet is fast, gas-free, eco-friendly—now it's getting more flexible with smart contracts.

Health Hero, in partnership with Enjin, has revealed plans to launch an NFT-powered wellness application. According to the official announcement, the NFT wellness app will be integrated into both TikTok and Facebook Messenger. Therefore, providing users with personalized ENJ-based ERC-1155 NFTs to track their wellness progress. Users will also receive NFTs as incentives for participating in healthy activities. These NFTs can be traded on several marketplaces like Opensea and EnjinX. Furthermore, plans are also in place to launch the Health Hero personalized wellness metaverse dubbed Health Hero City. Players will also be able to easily trade their NFTs in this metaverse when it launches.

The founder of Health Hero, Anthony Diaz, also pointed out that Health Hero is “[…] serious about community, well-being”. Also adding the wellness platform will “[…] aim to help people in the simplest, most fun, and most rewarding way possible.”

❓Do you care about your #Wellness?
💪Obviously, you do!
👉@GoHealthHero offers personalized @enjin-based #NFTs to track your wellness.
👇 Find out how to start today.#GoHealthHero #ERC1155 #NFT #healthcare #Enjin #ENJ #EFI #Efinityhttps://t.co/pX6p3G45Tj

Shopping.io, known for its focus on revolutionizing the way buying with crypto is carried out, has announced the strategic listing of ENJ tokens. Now, shopping on popular e-commerce platforms like Walmart, eBay, and Amazon will attract a 2% discount for ENJ holders. Notably, Shopping.io’s native token, SPI, will attract a 12% discount.

🛍https://t.co/evdeNN2J2x integrated ENJIN ! $ENJ holders will enjoy 2% discount on free package and up to 12% discount for $SPI holders on checkout!
Give a warm welcome to @enjin Community!🎉

Popular crypto exchange BitStamp has announced the listing of ENJ tokens. The listing took place on August 23, 2021, and supported trading pairs include ENJ/USD and ENJ/EUR.

On August 23, the deposit and withdrawal feature was launched but trading was not yet followed. This launch was followed by the post-only mode on August 24, 2021, where interested persons could create or cancel limit orders.

Lastly, once sufficient liquidity is achieved on the order books, full trading will commence.

5/8 $ENJ is now listed on @Bitstamp! You can now buy and sell ENJ coin with USD and EUR.

Check out the listing announcement and learn more about Bitstamp: https://t.co/QpfP9nhkP6

Blockster has announced a strategic partnership with Enjin (ENJ) to facilitate the launch of its first-ever NFTs. The NFTs will be offered to Blockster users as free collectibles. Notably, the NFTs will be distributed to the first set of participants to join Blockster.

We're pleased to work with @BlocksterCom to launch their first-ever #NFTs! 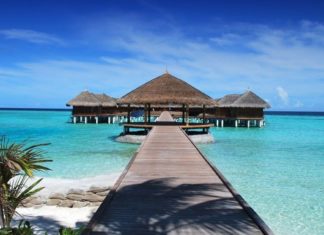 Travala.com Partners Harmony To Integrate ONE

Daniel Abel - February 19, 2021 0
In a bid to boost the Harmony token (ONE) and increase its adoption, leading crypto-friendly travel booking platform Travala.com has entered into a strategic...