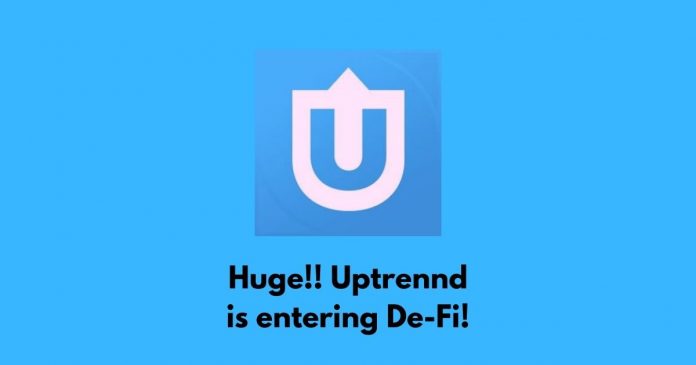 Uptrennd, the popular blockchain-based social network platform is now entering the De-Fi space! Jeff Kirdeikis, CEO Uptrennd, recently announced that Uptrennd will roll out multiple De-Fi implementations (one per week) in the coming future. Also, the platform will enter into multiple De-Fi partnerships.

Some of the planned De-Fi features include

This comes as no surprise as Jeff recently launched his second project, TrustSwap. It is a complete DeFi Ecosystem which includes crypto subscriptions, escrow, token sale launchpad, time-release, event-based payments, cross-chain, wrapping as a service, etc. It is just a matter of time that the best practices from TrustSwap are leveraged on Uptrennd to create a win-win scenario.

Along with De-Fi, Uptrennd is making big moves in other areas:

Details about Jeff’s post can be found in the article, Uptrennd Update

This news might result in drastic improvement of the 1UP token utility. Uptrenned’s 1UP Token price has seen a 30X Price movement since December’19

Uptrennd is an incentive-based social media platform. The platform pays users for creating posts, commenting, sharing content, and engaging with sponsored content. Read more about the project in this article, Uptrennd Overview: The One-Up Social Media

Check out the recent Altcoin Buzz video about Uptrennd below 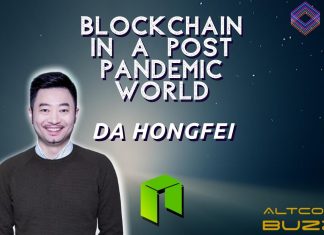 Deepika Garg - April 16, 2020 0
BlockDown 2020 is bringing the best brains of the blockchain to the mainstage in a virtual 2-day conference. As BlockDown 2020 media partners, we...