As of today, ICON’s main net version 3.0 has been released. The importance of this update is that it establishes the foundation for creating Dapps on the ICON platform through ICON’s SCORE (Smart Contract On Reliable Environment).

A test net has been opened to allow developers to conduct tests on the platform before deploying their blockchain projects on the main net. This will allow developers to check for bugs in a “live” environment.  ICON first released its main net back in January 2018 and ICO platform in April 2018, with their goal to bring blockchain technology into our everyday lives by linking all blockchains together.

Along with the main net 3.0 release, the ICON team has also changed the fee structure so it is no longer a fixed rate, was previously 0.01 ICX. This helps decouple the price of ICX with the costs functions on the blockchain.

ICON (ICX) has seen a complete price reversal. It was released on Binance in October at around $.47, rose to $13 in early January, and now is back down to $.58 during this bear market. ICON is a South Korean project in a country where the government has been very positive towards cryptocurrencies and blockchain technology. ICON has the ability and potential to connect many different sectors in one big ecosystem. With their current partnerships (see below) and a government that believes in this technology, they are in a very good seat for success. 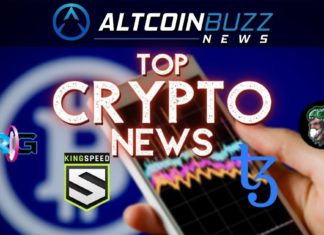 Racheal - December 15, 2021 0
The cryptocurrency space has been experiencing a lot of lateral trading in recent times. The "King Crypto" is currently trading at $48,235.46 and is...