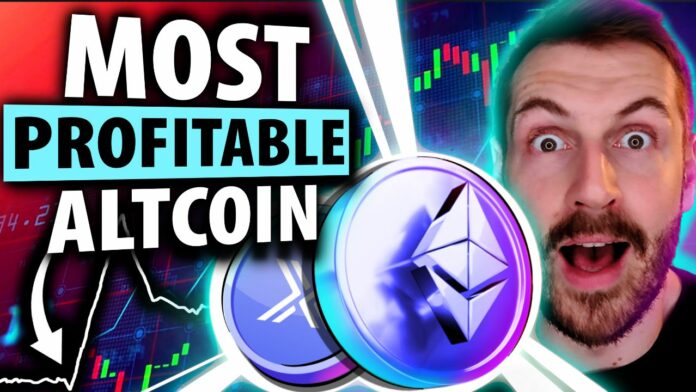 Buy the dip. That’s what we say in many of our videos about projects we like. What if you knew when a dip was coming? How would you prepare for it? Would you buy a little or a lot? Or would you try to shorten it first?

Well, one such event is happening this week and you have a chance to prepare in advance. What is it? How can you make money from it? Stay tuned and find out more about Immutable X.

Our Project Focus today is Immutable X. One of the best signs of projects that will grow when the bull returns are to look for projects building and making investments now. So, Immutable X is doing that. Although announced in June, this is an important development worth mentioning again.

Continue the thread below. 🧵 pic.twitter.com/u5rPPsApAt

Their $500 million developer and venture fund have the sole purpose of advancing Web3 games on Immutable X. This project already is the fastest Layer 2 rollup for Ethereum. And it was the first rollup specifically for NFTs. So, this developer fund and the need for games to have fast, cheap solutions are both helping Immutable X grow. Also, their NFT marketplace partnership with Gamestop just launched this week, too.

Do you have a favorite blockchain game right now? Let us know in the comments below.

We did a deep dive on Immutable X a few months ago. And if you want to know about The Team and more on the value prop of being a Layer 2 for games and NFTs. But now that you’ve had your appetizer, it’s time for the main course.

And the main course for Immutable X and why we are talking about it now is the HUGE token release coming on Friday. So what exactly is going on? On Friday, 254 million tokens will unlock. It’s part of Immutable X that all payments and rewards have a lockup period. This 254 million is 12.7% of the total supply. That’s a lot of tokens. It’s even more when you look at it in this context.

1) Token Release By the Numbers

So when you look at these numbers, what’s really happening is:

We talk about this on the channel often. An important part of tokenomics is emission schedules, lockups, and vesting periods. And this is why. But stay tuned and we’ll have more on what to do and how to position yourself for this event.

We’ve been deeply impressed by IMX. We believe they are well-positioned to win in Web3 gaming via great execution and product, and have shown remarkable progress since the year began.

We're holders for the upcoming unlock and have high ambitions for long-term traction. 💎🤲🅧 https://t.co/Fip3BHw03z

2) Where Are the Tokens Coming From?

One of the next logical questions is where are these tokens coming from? Is it a VC/insider dump? Is it the first time the public has a chance to sell? You can see that the tokens divide into 5 categories:

The 2 biggest categories by far are the first 2, Ecosystem and Project. Together, they control 76% of the tokens. On the unlock schedule, all the tokens come from 2 areas. Those are Project Development and Private Sales. Also, project development will release 134 million tokens.

Then, private Sales will release the remaining 120 million tokens. IMX, the native token of Immutable X, is currently trading at 62c.

Project Development is web developers helping to build out IMX and others involved with the IMX token or the NFT Marketplace will have their first chance to sell. Today, right now as I’m talking to you, they are not vested. On Friday, $76 million worth of their tokens now vested. Now we have no idea if these developers:

So we have no idea if they are in the money on them or not. But if their cost was 0, they certainly are. How many of those do you think will sell? The Private Sale numbers are even worse despite being fewer tokens. They jump from 6 million IMX vested now to 126 million or $72 million. And that private sale went for 10c per IMX. So let’s do the math.

Now, how many of THOSE do you think will sell? Would you take some money off the table if you had a 470% return? In 18 months. Most of us would.

The @GamestopNFT wallet is now live on @rarible for @Immutable! Start trading your favorite projects #onIMX.

And don't forget @rarible has 0% fees for @Immutable, indefinitely. Tap below to start exploring! 👇

3) How to Make Money From The IMX Token Release

The term some of us here at Altcoin Buzz like to use, and I know you’ve heard me say it before is the overhang of the supply of tokens. This is exactly what’s going on here. The lack of liquidity has helped pushed the IMX price higher. Now don’t misunderstand. We don’t think ImmutableX is a bad project. In fact, we like it a lot.

But it’s impossible to look at this event and not think that a dump is coming. So how should you play this? If you are bold and you know how to trade with proper money management and stop losses, then you could think about shorting IMX into this token release if your exchange allows it. For most of us, the less risky advice is to:

So in case you haven’t seen this before, this is what short-term bearish and long-term bullish together look like. It seems a little strange for sure, but if you like IMX and its fundamentals and growth opportunity, then this token release does not change any of that. So, wait for the dip, then buy it. It could get severe.

Last piece of advice. IMX is currently at 62c. Don’t worry about trying to catch it at the bottom. If it drops 15-20% and you like the price there, then buy. Or leg into with buying a little all the way down. That’s how the pros do it.

Our staking rewards cycles continue to be above 20% 💎 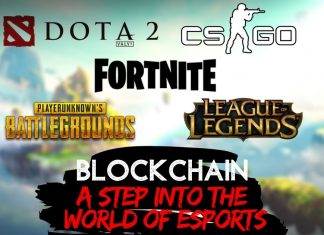 Blockchain, a Step Into the World of eSports

Ezekiel Ng - July 26, 2019 0
ESports have become one of the fastest-growing industries in the world in the last decade with millions of dollars on the line for players...