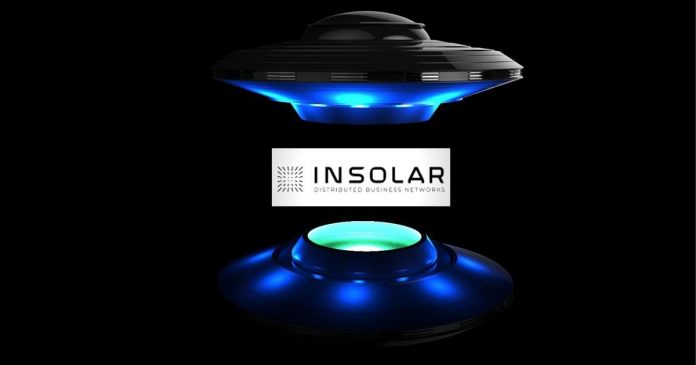 Early in the month of February, we reported tremendous unrest in the Insolar community. Primarily, it was the INS to XNS swap that triggered the anguish. But it seems some baseless rumors added to the fire. Insolar reached out to Altcoin Buzz to put the record straight.

Community Allegation: “Insolar(INS) raised $45 million from the public during the ICO mania, December 2017”

Divulging the truth, Insolar (INS) asserts the ecosystem did not raise funds in USD but ETH during the ICO mania. The actual amount raised was 60,000 ETH which equivalated to be $45 million based on the ETH exchange rate as of the end of Dec 2017. However, during this time cryptocurrencies were highly bullish.

According to the financial policy of Insolar, funds raised in ETH were converted to fiat over a period of 24 months following the ICO. The ICO took place when ETH was at its all-time high. Since then ETH has lost 84% of its value. Thus the total of 60,000 ETH was converted to $18-19 million rather than $45 million.

As the Insolar team claims, the fund was utilized to develop Insolar technologies and support operations from 2018-2020. Currently, Insolar is a strong team of 80 people spread out across Europe and North America. The team is currently working to create Insolar Assured Ledger: the world’s most scalable DLT that is 100% enterprise-ready.  As shared by the team, current expenses cover the salaries and office expenses.

Community Allegation: A time where falsifying your “current and past clients” became profound as evidenced by Substratum’s Pre-ICO website.

According to the Insolar team, they are yet to disclose any client names, and this will take place later this year via proper PR channels.

To date, Insolar has partnered with Oracle, Microsoft and reputed universities to develop the technology supporting its enterprise-grade blockchain. Moreover, Insolar has recently announced a partnership with leading North American uranium supplier and international energy group, Uranium One, to research the deployment of Insolar Assured Ledger technology in cross-border commodity trading.

In 2018, Insolar started discussing the Proof of Concept deployment with multiple enterprises and plans to announce its list of clients in Q1 of 2020 over its official channels. Insolar asserts that its Assured Ledger has already been adopted by Fortune Global 500.

Insolar refutes any connections with Substratum, the project that faced allegations with regard to missing ICO funds.

Community Allegation: “Only 32.5 Million out of 50 Million INS is in circulation currently”

As per the details shared with Altcoin Buzz, Insolar had created 50 million INS by the end of 2017.

Out of the 50 Million, 7.5 million INS allocation was for the team and 10 Million INS happened to be the reserved tokens. A total of 17.5 million stood locked for 2 years and the release happened at an interval of 6-month cliffs over the next 24 months. Insolar claims by December 2019, all the INS tokens were in circulation and were publicly available.
The process details were made public at the time of ICO in Dec 2017 as per Insolar. As the tokens became unlocked over 24 months, their utilization was to support team remuneration and cover unforeseen expenses.

Community Allegation: INS to XNS swap is leading to loss of value of the coins.

And that is when the Insolar blockchain and INS Ecosystem made a pivot to Insolar blockchain. Insolar was created to facilitate the transactive economy by developing the platform and solutions to power trusted data exchange between businesses. Insolar Assured Ledger technology ensures data consistency, transparency, and security. This means that businesses can control access and retain ownership of shared data.

Using Insolar Assured Ledger technology, the company was able to deliver a 20,000 TPS testnet and version 1 of the MainNet in February 2020. Insolar MainNet and XNS, its native coin, help businesses run public ecosystems with decentralized governance to unlock the value of data. However, the tokenomics of Insolar and INS Ecosystem vary substantially. To support the development of an enterprise-grade model, the company needs long-term allocation pools for XNS — Insolar native coin. This demands a 3-10 year vesting period to support Enterprise, Network, and App Developer incentives.

Thus the swap is crucial to ensure both Insolar and the community supporting it achieve long term success. The team agrees the swap is not in the ratio of 1:1, but the public Allocation pool of XNS accounts for 50% of the total XNS supply. XNS rests on solid fundamentals, including patented technology, real-world adoption, and logical coinomics.

Here are the clear details of the allocation

All the publically available 50,000,000 INS tokens will be swapped at the ratio of 1:10. So there will be 500,000,000 XNS for public allocation. The proceeds from swapping will support the operations of the company.

This pool is dedicated to incentivizing enterprises that use the Insolar network apps. And the deployment will start in Q1-Q2 of 2020. Over the next 3 years, the pool will encourage the adoption of the Insolar network. Insolar compares it with free credit offered by major cloud providers (like Amazon) to boost adoption. This is to make XNS the primary coin powering public business ecosystems.

To incentivize the app developers, a 100,000,000 XNS has been allocated. This will keep the network active and progressive as the dApp developers will receive incentives to create on MainNet. It will be utilized over the next 10 years.

This particular pool has been created to take care of unforeseen future business development expenses. And the spending will be governed by a non-profit Insolar foundation. The company will start building the foundation in the second half of 2020 and the funds will be utilized for the next 10 years.

The community had alleged that Insolar had reserved 15% of the total INS supply as Founders Rewards. But the company clearly refutes any such reward allocation.

INS holder or community supporters if you have any further questions, let us know in the comment section below. 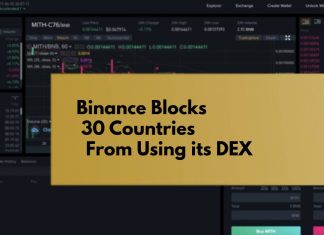 Robert Patrinjei - June 2, 2019 0
The exchange of choice within the crypto space has geo-blocked 30 countries from its non-custodial DEX service due to certain issues the countries may...