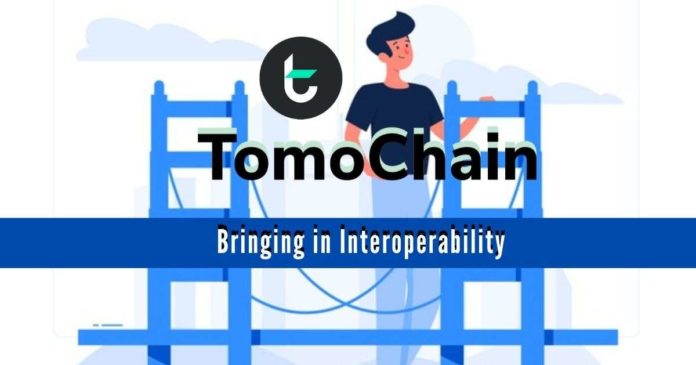 TomoChain, a scalable blockchain used by enterprises across the globe, announced a major upgrade to its cross-chain portal, TomoBridge. According to the official announcement, TomoBridge V1.1.0 now connects TomoChain with Binance and Ethereum. Therefore, TomoChain users now can use the two-way bridge to easily swap their TOMO with BEP-2/ERC20 tokens hosted on their respective chains at lightning-fast speeds.

With this recent upgrade, TomoBridge introduced a new token – TOMOE. This is an Ethereum-wrapped TOMO just like TOMOB, which is Binance-wrapped TOMO. Presently, TomoBridge plays a crucial role in the DeFi-focused TomoChain ecosystem. Basically, TomoBridge acts as a cross-chain transfer module to establish interoperability between TomoChain and other blockchains.

Basically, TOMOE is an ERC20  token wrapped in TOMO. The worth of one TOMOE at any given point in time is the same as one native TOMO on TomoChain. While TOMOE represents 1:1 value with TOMO, both are hosted on two different chains.

Immediately after the announcement, Uniswap listed TOMOE. Currently, users can acquire TOMOE by swapping their TOMO using TomoBridge or can buy TOMOE on Uniswap. To swap TOMO to TOMOE, the users need to use Metamask, fill in the receiving Ethereum address, and wait for the swap to complete.

A TOMO/TOMOE swap requires a minimum amount of 100 TOMO, and it takes 1-2 minutes to complete the swap. If you are doing a TOMOE to TOMO swap, it might take a little longer than two minutes.

Also, the network fees for both the swaps are also different:

TOMOE holders can also add liquidity to TOMOE’s pools on Uniswap. The starting pools are TOMOE/ETH, TOMOE/USDT, and TOMOE/USDC. Based on their share in the pool, participants will share close to 0.3% of the exchange fee from trades in pools on Uniswap.

With plans to support more relevant chains in the future, TomoChain is currently enjoying a price rally. In the last 14 days, its token price is already up by 42% while the rest of the crypto marketplace continues to face the bloodshed.

Recently, we published some really exhaustive ” how to use” guides for TomoWallet and TomoDEX.

For more updates about the crypto-verse, check out our Altcoin Buzz YouTube channel. 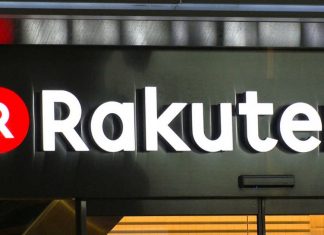 Japan’s E Commerce Giant Rakuten is About to Release Its Cryptocurrency...

Romel - April 22, 2019 0
The Rakuten Wallet is now open for registrations and cryptocurrency trading could commence sooner than expected. Rakuten is to Japan what Amazon is to...

Get a Second Use Case From Your Metaverse Tokens With vEmpire

Here Comes the Bull Again. His Name is Mike Novogratz