Popular NGO, IOTA Foundation made this announcement on Thursday, February 13, 2020. According to the announcement reports of missing funds started trickling in on Wednesday. To protect users’ funds the exchange proposed a complete lockdown of the coordinator node. And also advised users to abandon their Trinity wallet pending investigation results.

Though not yet confirmed, the wallet believes the hack might be due to a vulnerability on the previous version of its wallet. The exchange is also trying to decipher the attack pattern and also obtain a manual verification.

Investigators believe the hack is as a result of seed phrase theft. Most of the victims have been confirmed to have recently made use of the Trinity wallet.

The report by the foundation reads: “Victims (around 10 that identified with the IOTA Foundation so far) all seem to have recently used Trinity.” The foundation disclosed that about 10 people have reported a loss of their tokens. Estimated to be between $300,000 to $1.2 million.

The German NGO disclosed that it is actively working with law enforcement agencies to investigate the attack. Also, other crypto exchanges and cybersecurity experts haven’t their support to the NGO.

IOTA Foundation also disclosed that several exchanges have reacted and confirmed that none of the monitored funds have been cashed out or transferred. The firm’s website has a “Not Operational” notice.

Built by IOTA, Trinity wallet was first launched in July 2019. And was deemed a secure software wallet for IOTA tokens. For now, most of the theft reports seem to originate from people who have recently used Trinity wallet. Hence, why the foundation is asking users not to use the wallet on a desktop.

IOTA has promised to keep users updated on the outcome of the investigations.

The crypto space and security

The crypto space right from inception has been rocked by thefts, cyber crimes, hacks, etc. This is one major drawback the crypto industry still has to face. Ensuring the safety of funds is one aspect crypto innovative and experts should look into. Many exchanges have had to shut down due to bankruptcy resulting from a hack incidence. Most exchanges have at one time suffered from cyber-attacks even the largest by trading volume, Binance. 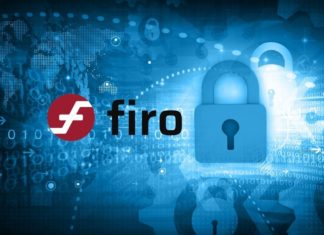 How Firo Will Reduce 94% of its Blockchain’s Storage Size?

Martin Young - November 10, 2021 0
Privacy-focused cryptocurrency provider, Firo, has been busy working to reduce the size of its blockchain. The move is part of an effort to streamline its...

How To Use The Lend And Stake Feature Of The Trader...