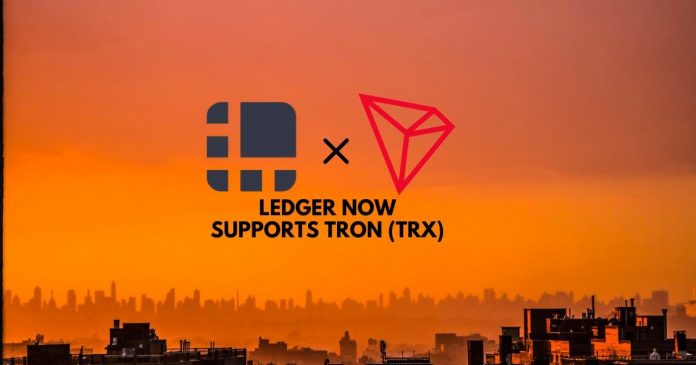 According to the announcement, users of the Ledger Live app now stand the chance to earn crypto rewards by staking TRX. Additionally, the hardware wallet owners can also stake their TRX directly from the software.

Securely store, manage, and stake your #TRX – a new option to grow your assets on Ledger Live.

To remind, last year Ledger had similarly introduced staking support for Tezos (XTZ). In the same vein, now it has added staking support for the native digital token of the network, TRX. Also, a recent announcement disclosed that the firm had integrated TRX and other TRC-based tokens into Ledger Live.

According to an official update on its website, there are now 24 coins, apart from over 1,250 digital tokens, supported on the platform as a result of this integration. Notably, the integration would allow the hardware wallet users to stake their digital assets, in addition to the already available XTZ token.

Ledger shared more details about how the staking process will work.

Users who intend to participate can vote and choose a super representative (SR) by using TRON power (TP). Whenever the user freezes or stakes one TRX frozen or staked, he gets one TP, which is equivalent to one vote for SR. So, a user can get the highest number of votes by staking a more TRX into TP.

Moreover, there is an option where voters can divide their votes among a maximum of five SRs at a time. Also, there is a six-hour close voting cycle in place to effect an SR election. At the end of each voting cycle, the top 27 SRs with the most votes are elected.

In a move to celebrate the addition of TRON, the firm announced a contest for its users to earn TRX rewards. Users who participate in the contest thus stand a chance to win up to $2,000 in TRX and an engraved Ledger Nano X.

You can now manage & earn Tron on Ledger Live.
To celebrate, join our contest to be one of the 100 winners, don't pass this up: https://t.co/RrtYkp9DEH

In other news, recently Crypto.com had announced a strategic integration of its app with Ledger. 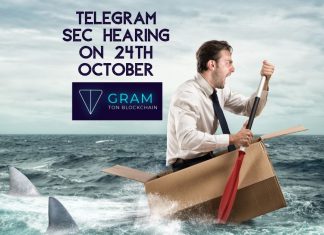 Gram Delay? Telegram and SEC to Argue in Court on 24th...

Deepika Garg - October 14, 2019 0
Telegram and its subsidiary TON Issuer Inc. have issued a disagreement letter. Apparently, the developers have been in open communication with the U.S. Securities...