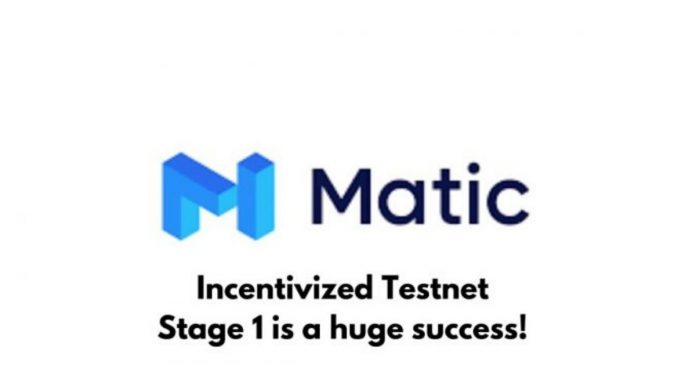 Matic Network has completed Stage 1 of the “Counter Stake” incentivized testnet initiative. This is a big step in its development journey towards mainnet. The latest iteration of Counter Stake testnet (CS-2006) is now running perfectly for the last two weeks. Stage 1 is now declared as a huge success!

Matic Network is a Layer 2 scaling solution. It provides scalable, secure, and instant transactions using sidechains based on an adapted implementation of the Plasma framework. It also uses a decentralized network of Proof-of-Stake (PoS) validators. Matic is currently focussing on scaling Ethereum. In the future, it plans to roll out to other blockchains. This will enable it to provide interoperability features alongside the core scalability solution.

In November 2019, Matic launched its public incentivized staking testnet event “Counter Stake”. Counter Stake is an experimental testing event for anyone willing to participate in validating Matic Network or test its limitations. Validators will earn mainnet MATIC tokens by showcasing technical skills, practice and compete with other validators. More than 3 million mainnet MATIC tokens will be shared with the winners and participants of Stages 1 and 2.

The registration link for Counter Stake is given here.

This is the final stage before the mainnet launch. Matic encourages an all-out attack on the network at this stage. This will help them to test the strength of the network.

Stage 1 – “Stake on the Beach” Report

CS-2001 was the first staking testnet.

Matic deployed the staking dashboard for the first time in CS-2002.

CS-2006 has now been running successfully without any issues for more than two weeks, since April 13. There have been no bugs during this phase.

Matic will now move on to Stage 2, titled “The Grand Staking League” This is an adversarial stage. There will be lucrative rewards for adversarial behavior. Validators are incentivized to attempt to break the network. They can modify the software and collude with other players. The focus is to verify if the network can identify and penalize nodes for their bad behavior. This is the final hurdle before the Matic mainnet is ready to launch. The Stage 2 start date will be announced in the coming days.

We wish Matic Network all the best!

Also, read more about April 2020 token unlock by Matic Network here. Earlier, they had announced building a Matic HQ on the metaverse of the blockchain-based VR game, Somnium Space. 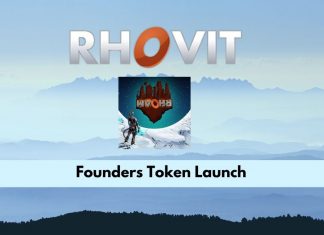 Ezekiel Ng - December 18, 2019 0
Rhovit is a reward-based content platform. Think of it as something like YouTube or Twitch with cryptocurrency involved. Rhovit has been in beta for more...