The decentralized technology scalability platform, Matic, has disclosed plans to launch its second token unlock this month. It made the announcement in its official blog on Monday.

Matic also highlighted the details on the proposed April 2020 token unlock. The platform further pointed out that the team had decided on the token release date with the best interest of the Matic ecosystem and its entire community at heart.

Details of the launch

In the blog post, the blockchain scalability platform also threw more light on what users should expect. Details of the launch include:

The table below shows the in-depth details of the April 2020 token unlock. It indicates the allocation number of the tokens, in which section the allocation will take place, and also the reason why some tokens are not being released.

According to the table above, April 2020 token unlock will see the release of about 12.18% of the total supply, which is approximately 1,218,304,816 tokens. However, no other tokens except the advisory ones have been set for release into the market.

More about the token unlock event

One of the salient points about the token unlock is there will be no more ecosystem tokens left in the Matic Foundation wallet. There will be a transfer for these tokens to a different Ethereum address on April 27. Instead of market release, these tokens are set for utilization in activities like DApp promotions, grants, Matic Mitra, investments, etc. The blog post reiterated that further details of token usage are going to be updated on the Matic transparency sheet. And all users will get a prior intimation of the transfer 48 hours before the schedule.

Moreover, there was a mention that the Matic advisors have voluntarily committed deployment of the 50% advisory tokens scheduled for staking. Besides, investors with voluntary lock-ups during last October token unlock will have their tokens reallocated as part of the event.

Matic affirmed that thus approximately 11% of tokens unlocked in April are actually set for distribution. The rest of the tokens are going to be used for staking activities and rewards. A portion of the distributed token will also facilitate the long-term growth of the Matic ecosystem post-launch of the mainnet.

According to the blog post, deploying all the team and foundation tokens for Matic Network’s staking ecosystem highlighted the platform’s commitment to running a secured ecosystem. It also put the community’s interests as a top priority.

In a note of thanks to its investors and the entire community, Matic stated, “With mainnet and staking launch just around the corner, together we move onwards to the next chapter of our exciting journey.”

In other recent developments, we had reported Matic purchasing land on the Somnium metaverse. 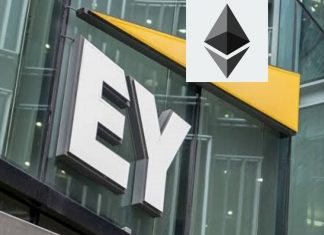