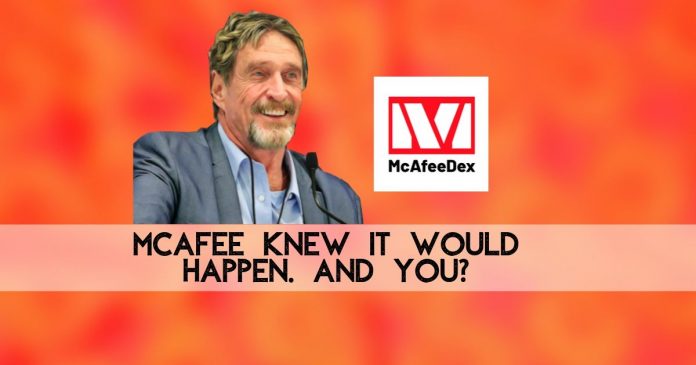 John McAfee, the well-known crypto entrepreneur, has recently launched a brand new decentralized exchange. And is already facing the consequences that were predictable all along. At least according to McAfee himself.

Let’s not beat around the bush. McAfee has launched a new product, the DEX exchange, and it has already suffered DDOS attacks. However, the crypto celebrity is everything but surprised. In a tweet, he admitted the interferences, calling them “humorous.”

As could have been predicted. Dex Speed has slowed due to the humorous DDOS attacks that follow my every release of anything:). We're adding nodes and speed should be up to par in a few moments. I love the negative adoration of my trolls. They are proof I'm doing something right.

In his usual manner, he sarcastically emphasized that this type of attention flatters him. He reiterated this belief in a reply to @CryptoandKushUK. Specifically, he agreed that hatred is caused by three factors: someone seeing you as a threat, self-loathing and the desire to be “you.” In this case, John McAfee, obviously.

Word. No truer words ever spoken.

Governments know exactly what they should be doing to themselves

McAfee’s anti-centralization bravado act has only just begun. His most recent tweets prove it. Thus, he tweeted that “we are ready for installation of the portals. Each portal is identical to the McAfeedex.com DEX. You get 0.05% of transactions coming through your portal.” According to McAfee, you need a domain and $395. The ability to promote your own portal is also necessary.

We are ready for installation of the portals. Each portal is identical to the https://t.co/HdSEYi9krq DEX. You get 0.05% of transactions coming through your portal. You need a domain and $395 … AND … the ability to promote your own portal. If interested: [email protected]

However, McAfee did not stop there. Apparently, he heard it through the grapevine that the Security and Exchange Commission is ok with his new product. But only if he uses AML and KYC. Guess what? McAfee is not planning on doing that. He also posed a rhetorical question “why should we even if we could?”

“We are just a window into the blockchain where people trade. This is for the people, not the Government,” he added.

So what should the Government do to themselves? Take a not-so-wild guess.

It is noteworthy that some users asked McAfee about the consequences of introducing an exchange with no AMLs. After all, malign actors do use cryptocurrencies for illicit purposes, including money laundering. However, McAfee dismissed these concerns, saying that money laundering only hurts the Fed.

No. It's a place where people meet to exchange. In order to police it for money launderers you would have to police and monitor everyone. Is being monitored and controlled freedom? On a second note: who do money launderers hurt? Only the Fed.

Curiously, McAfee’s attitude toward Bakkt, which is a regulated platform, is overall positive. Before its launch, he did not lambast it like the Government.

What do you think about DEX? Is it good or bad? Let us know. 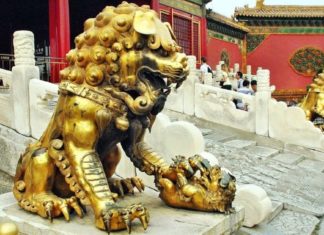 David Abel - November 19, 2020 0
China is known for its harsh stance on Bitcoin. However, that does not stop its banks from taking advantage of it and its underlying...