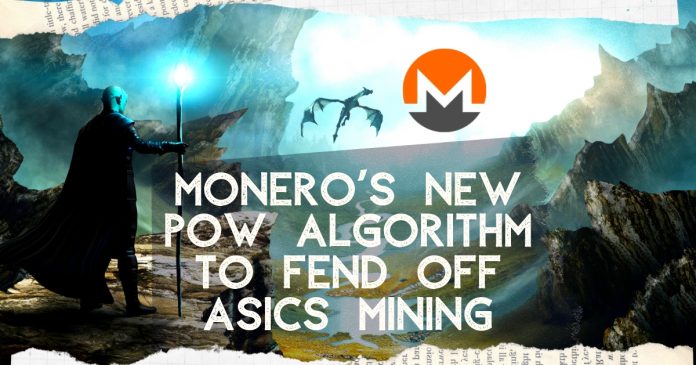 Top privacy crypto, Monero has announced that it is introducing a new POW algorithm that will keep ASIC mining at bay.

This is according to a series of tweets by Jordan Clifford on October 11, 2019. Monero is a privacy-centered and open-source, operating on the blockchain protocol.

Over the past few years, Monero has been plagued by specialized ASIC machines dominating its mining. As a result, it had to make several changes to its CryptoNight algorithm. Sadly, these few tweaks had little effect on the Monero mining network. Thus, it is currently working out a completely different Proof-of-work algorithm. One that is expected to keep the network safe and resistant.

The upgrade will be implemented toward the end of October. It will make mining with CPU once again very easy. It will completely eliminate CryptoNight and enact the RandomX algorithm.

The first of his tweets reads: “1/ The Monero team will soon be changing its proof-of-work consensus algorithm in late October to RandomX. The Monero developer team believes that in order for the network to remain secure, ASICs must be kept off the network.”

This isn’t the first time Monero has tried to completely eliminate ASIC mining from its network. The latter has on two occasions created upgrades believed to shift mining from ASIC. The first was in April 2018 while the second took place in 2019.

The main reason for clamoring for an ASIC free mining network is to ensure that Monero sticks to the original Bitcoin White Paper. The white paper envisions the one CPU – one vote rule.

ASIC mining rigs also allow a small group of persons to control the network. This inadvertently creates a centralized network and the bedrock of blockchain is decentralization. ASIC mining tools are also very expensive, preventing low-income earners from participating.

Is ASIC really the enemy? I think not. Top crypto Ethereum (ETH) did not implement an ASIC – disabling fork. CPU mining isn’t as effective as ASIC mining. Decentralization and anonymization is becoming a thing of the past, following the FATF transparency regulatory measures. This could be a case of moving two steps backward for Monero.

Send in your thoughts on this recent development by Monero. I would love to hear from you. 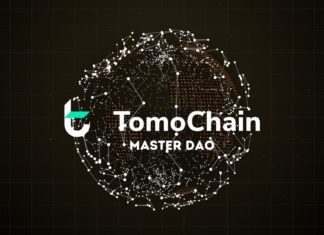 David Abel - October 6, 2021 0
On October 5th, TomoChain Lab is launching TomoMasterDAO, the governance platform of TomoChain. It provides funding for projects that are built on TomoChain blockchain...

Ethereum 2.0: All You Need to Know