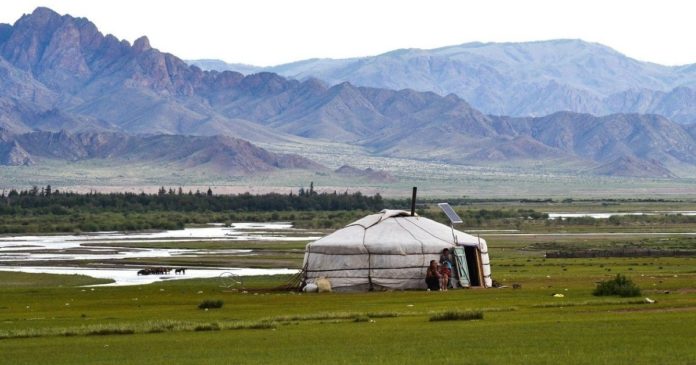 Following the path of other global financial institutions who have recently shown interest in digital currency, Mongolia’s largest bank has announced plans to begin offering crypto services to its users.

According to the announcement, Mongolia’s largest bank, Trade and Development Bank (TDB), has disclosed plans to begin offering crypto-related services. It explained that support for crypto custody, deposits, loans, remittance, and digital asset management would be added via the new initiative.

The new initiative would be launched by the Mongolian bank, TDB, in partnership with blockchain firm Hexland and popular white-label tech company Delio. The report also disclosed that other blockchain firms, such as Mongolian blockchain and mineral resource firm MDKI will also be providing unique services to the bank’s crypto initiative.

Additionally, other members of the new initiative would also be providing their own unique additions. Hexland would deliver blockchain smart contract development and verification services, as well as wallet development services and several other solutions.

The bank has indicated that plans are currently in motion to start offering customers services such as project loans, trade loans, financial consulting, and several other crypto-related services. However, it should be pointed out that the actual date of launch for the crypto initiative has not yet been announced.

It’s worth noting that TDB, the Ulaanbaatar-based Mongolian bank, isn’t just one of the largest banks in Mongolia but also one of the oldest banks. It boasts of having over 50 branches across the country which would offer the country’s roughly three million citizens access to crypto-based products. Invariably increasing digital currency adoption and growth globally.

Notably, Mongolia has not been a crypto-friendly country from the get-go with several reports on the crackdown on mining companies in the country. However, with the new initiative, it has disclosed changes in its stance and is currently embracing digital currency.

Recently, the country has been making huge strides in the crypto space with its partnership with a South Korean blockchain firm, Terra, to unveil the Terra stablecoin. Mongolia has also granted regulatory approval to a telecoms operator to issue its digital currency back in 2018.

Central banks around the world are warming up towards the crypto industry. Recently, the Bahamas also launched the world’s first-ever nationwide central bank digital currency, the Sand Dollar. The bank, furthermore, pointed out that the launch of the CBDC would help improve financial inclusion in the country, as well as reduce service delivery costs and also increase transactional efficiency.

Similarly, Germany, China, Thailand, and other countries have disclosed plans to unveil its own nationwide state-backed digital currency. Also, Canada’s central bank governor, Tiff Macklem, has tasked other G7 members to come up with a global approach to CBDCs.

“If another country has one and we do not, that could certainly create some problems. So we want to make sure we are ready,” Macklem said.

Meanwhile, Africa is also not out of the mix as Kenya has also hinted at plans to unveil its state-controlled digital currency. Central Bank of Kenya (CBK) governor Patrick Njoroge noted discussions to that effect were already underway and results would be effected afterward.