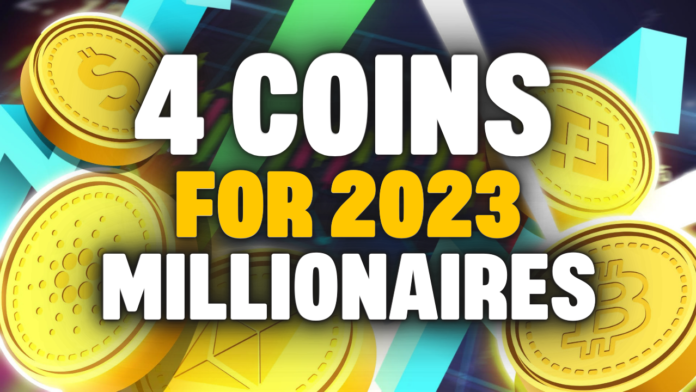 If you’re like most of us, putting 2022 in the rearview mirror can’t come fast enough. You’re hoping that the bear market will end and 2023 is a reason for optimism. We are optimistic for 2023. And we have 4 coins covering 3 sectors that will come back OR in some cases grow faster regardless of what prices are doing.

So today, our 2023 annual picks for the year. Want to see which altcoins we chose? And why? Well, stay tuned.

Our crack Research Team at Altcoin Buzz thinks the metaverse is going to make a big comeback in 2023. BUT, it may not be right away. These picks are for the year. That means when you look back in December 2023, you will be able to say to yourself ‘oh that was a good pick. They recovered well.’

And the metaverse could be one of the recovering sectors. So, if we like the metaverse, what do we buy? We like the undisputed leader in the category. The Sandbox. Most metaverses, if we are looking critically, are more hype than development and adoption.

🔔 SEASON'S GREETINGS! 🎄 We're getting festive inside the #metaverse!

The 2 leading metaverses without doubt are Decentraland and The Sandbox. We like The Sandbox more. Decentraland had only 7057 unique users in the last 30 days. This is a terrible number. It’s ridiculously low considering you have to come online to use the metaverse there making the numbers easy to track.

The Sandbox, while also way down, is doing much better. In November alone, there were over 35,000 token transfers equaling more than $350 million in value. There are simply many more people using The Sandbox and it will recover faster for this reason.

Do you have a favorite metaverse project? Let us know in the comments below.

The last couple of months, if you’ve been watching us, you know I’ve been talking about Bitcoin A LOT more than usual. Why? It’s the undisputed leader. As we’ve said in other videos:

US interest in "how to buy bitcoin" on the rise, 500% increase since August. https://t.co/NIatCnPE8o pic.twitter.com/W4vEHCbbyH

But here’s another argument for it. CBDCs. You know interest from Governments issuing their own CBDC is at an all-time high and growing. More will issue them. You also know they are bad and used as a method to control its citizens, right?

So after the bad experience of using a CBDC, more will see the benefits of Bitcoin. In fact, I think CBDCs are bullish for Bitcoin. It will look like competition at first, but then people will see the difference. Just like how as kids we eat cheap and fast hamburgers. Then we eventually upgrade to artisan ones made of Angus beef when we want something of higher quality.

Finally, Bitcoin is not only the asset of last resort. It’s the most feared asset in the entire world. Seriously, it is. You don’t see governments trying to ban and outlaw Ethereum, Cardano, Avalanche, or even our beloved Polygon. Do you? No. You don’t. And the reason why is that they are not threatening governments and the issuance of money (called seigniorage) that Bitcoin is.

SO, governments fear it for good reason. And even if you believe more in crypto than Bitcoin, you should still own some Bitcoin.

Web3 Infrastructure is an area we expect to grow. And our 2023 pick in this category is Arweave. I like that Arweave works in a couple of different areas of Web3 infrastructure and not just file storage like Filecoin or Sia.

Check out how fast their ecosystem is growing. More than 100 projects already. Arweave is enabling no-code decentralized websites when working with projects like Portrait. One way to think of Arweave is like a competitor both of Filecoin and of IPFS, and it stores your information forever and in a censorship-resistant way.

Historical events that occurred in 2022💥

So, it’s a big deal, huge, in supporting other areas we like for example:

This is a trend that will only get bigger and Arweave is a leading project. It’s also a tremendous value here at $6-7 down from $89 in November 2021. Just a 50% retracement toward its high would mean a 7x return from here. A great project at an attractive price.

Do you like Web3 infrastructure projects like this? Do you have a favorite one? Let us know in the comments.

Interoperability will continue to be a big theme in 2023. And our top choice today is Polkadot. Now you know from our other videos that we love ATOM and Cosmos but DOT has 2 things ATOM does not have.

1/ Check out the first #PolkadotRoundup of 2023 to see the latest news and announcements from Polkadot’s parachain teams, ecosystem projects, wallets, and infrastructure providers.

First, Cosmos’ ecosystem is well ahead of Polkadot’s. That should be bad right? It should mean we choose Cosmos, right? But in this case, it means we know that Polkadot has room to grow just to get to Cosmos’ level of ecosystem growth.

At only $5, $DOT’s really been beaten down. Before hitting any huge growth projections for the future, just equaling Cosmos’ ecosystem value would be a nice return. Polkadot’s ~$5.3 billion market value equals the value of the top 3 projects in Cosmos. Those being:

Just to catch up to Cosmos, $DOT can grow by 60% or $3 billion up to $8.5 billion and people wouldn’t even notice. Except HODLers like us. The 2nd thing $DOT has that $ATOM doesn’t is more of its ecosystem value accrues to the token.

Thanks to its crowd loans and the parachain auction system, there are many forced HODLers of $DOT for a long time. Parachain leases are 96 weeks, just short of 2 years. And that locks up lots of $DOT and is an obvious sign of how growth in parachains equals growth in $DOT.

How did @Polkadot and @Kusamanetwork do in 2022?

The Ecosystem was busy building and developing.

Here are some impressive highlights🧵👇 pic.twitter.com/jF0w5NSUX9

For Cosmos, growth in the ecosystem does not always translate into growth for $ATOM. This is one of the big issues that Prop 82, which failed, was trying to address. I think they will address this problem in 2023 so $ATOM is a greater reflection of the Cosmos Ecosystem value. But it’s not there today. Not right now. So we are going with Polkadot although we love them both. 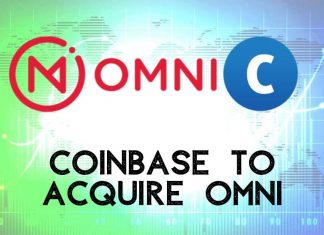