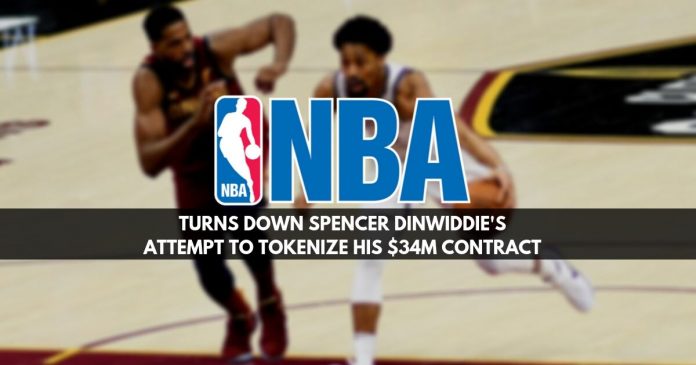 The National Basketball Association (NBA) has turned down Spencer Dinwiddie’s attempt to tokenize his $34 million contracts.

The New York Times reported that the NBA had turned down Nets’ Spencer Dinwiddie attempt to use his contract as a digital investment vehicle.

The statement says: “Spencer Dinwiddie intends to sell investors a ‘tokenized security’ that will be backed by his player contract. The C.B.A prohibits this agreement. It says that ‘no player shall assign or otherwise transfer to any third party his right to receive compensation from the team under his uniform player contract.”

The Brooklyn Nets guard had plans to sell digital tokens tied to his three-year $34 million NBA contract extension. Additionally, Dinwiddie guaranteed potential investors a few percentage points in interest over the three years of his deal. The minimum investment was set at $150,000.

The NBA Players Association declined to comment on Friday night. However, The Times contacted Dinwiddie. He revealed his plans to meet and discuss the investment concept with the sport association officials.

Additionally, Dinwiddie said that he was planning to invest in the Ethereum blockchain. Thus, raising $13.5 million from his $35 million, 3-year contract.

Interestingly, he will also donate 8.2BTC to charity by selling his shoes from the 2019/2020 season. His tweet says: “Also, in case you were worried I’m still going to give the 8.2btc to charity from my shoes lol.”

It’s unclear if other sport governing bodies will follow the steps of the NBA. However, looking at the potential, the crypto industry is one to get into and look out for.

To remind, other sports like football have started associating with the crypto industry. In July, Altcoinbuzz reported, Gibraltar United will get paid in cryptocurrency in the coming season. Also, French champions, Paris Saint-Germain became the first Football Club to launch its cryptocurrency. Find out more here. 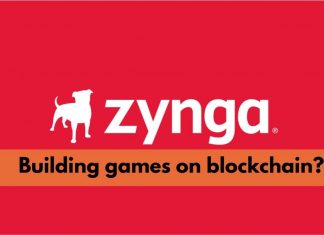 Zynga Co-Founder Gets into Blockchain Gaming with Gala Network

Ezekiel Ng - March 14, 2020 0
Eric Schiermeyer, the founder and CEO of Blockchain Game Partners is getting into blockchain gaming. His team is building the Gala Network for games...

Everything You Need To Know About Plasma Finance