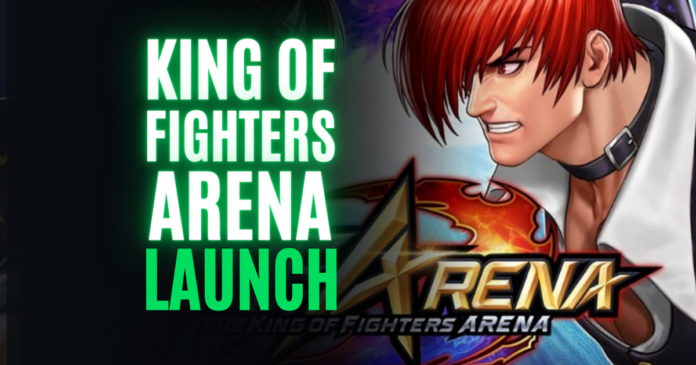 Interestingly, the game whitelist is currently ongoing and will span from October 31 to November 8th, 2022.

This is a major milestone achievement not just for Netmarble, but for the entire blockchain gaming ecosystem. Analysts are of the opinion that this major move to the NFT sphere may signal the next major evolution for Netmarble. Also, interested persons can download the game here.

In September, the MARBLEX team participated in TGS 2022 and introduced the third game in the #MARBLEX #ecosystem, #KOFARENA. 👀

Netmarble has been in the limelight in recent times for all the right reasons. The franchise is one of the top game developers in South Korea with over 30-year experience in the gaming sector. The gaming developer firm is set to take its influence a notch higher with its foray into the NFT gaming sector.

The announcement on the launch of its first-ever NFT-based game dubbed King of Fighters Arena. Interestingly, while this is its first-ever NFT game, it is the third blockchain game to be designed and launched by Netmarble.

The whitelist of the King of Fighters Arena game is currently ongoing and will end on November 8th, 2022.  Additionally, the whitelist will provide participants with up to a 30% discount off the game’s original price.

Lastly, King of Fighter Arena currently holds the title for the NFT-based game IP with the longest history.

As previously disclosed, King of Fighters Arena will be one of the newest blockchain games on Netmarble. It is also the first-ever NFT game in the gaming franchise. Its first initial NFT offering (INO) is currently taking place on the MARBLEX launchpad. The KOF Arena NFT is a controller that enables players to mine the Fighters Club Token (FCT). With the Controller, players will also be able to receive Gem NFT rewards from Mystery Boxes. These Boxes are usually available during matches.

For now, only whitelist winners will be able to take part in King of Fighters Arena first buying phase dubbed ‘Buying Phase 1’. The Buying Phase 2 will, however, be available to all whitelist participants.

Currently, interested persons can only buy one (1) item per transaction in both Buying Phase 1 and Buying Phase 2. Payment can also be made directly from the MARBLEX wallet. Users can also make payments from MBX tokens staked specifically for whitelist applications.

Additionally, participants will be able to view their NFT rewards on the MARBLEX NFT marketplace. To do this, they only need to locate and click on the ‘Reveal’ icon.

The King of Fighters ARENA Grand Launch Date Announcement.
Check our Official Discord for the latest news on KOF ARENA.

Finally, the NFT mystery box to be won can either have a “predetermined” or a “reveal end time” data field. For the predetermined mystery box, the box cannot be revealed until a certain time point. The ‘reveal end time’ box, will be automatically unveiled after a specific period of time without any additional action or input.

In conclusion, the foray into the NFT gaming sphere is a major milestone achievement for Netmarble. 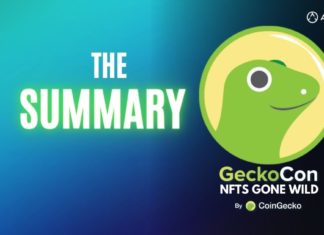 Camille Lemmens - August 2, 2022 0
On Thursday, July 14th, and Friday, July 15th the 2022 GeckoCon online conference took place. This was a great opportunity to join some exciting...