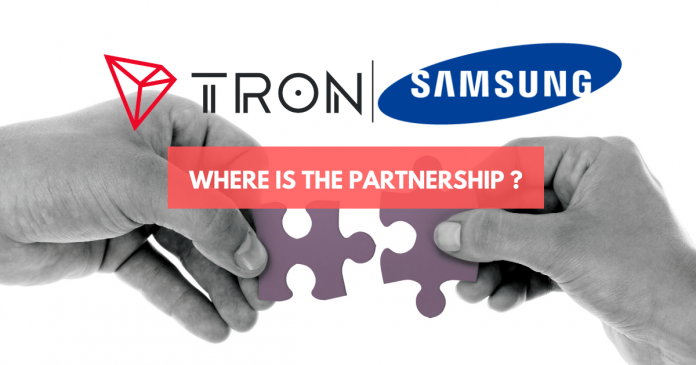 Justin made an official announcement over Twitter, and now the community cannot hold its excitement. TRON blockchain stands integrated through Samsung Blockchain Keystore SDK. And this offers developers an opportunity to build applications on its native blockchain.

According to Justin, this is a remarkable milestone. And the company will now be working in coherence with Samsung’s blockchain strategy.

It is not a partnership!

The community is excited to see TRON in the Keystore SDK. But they are aware it is just an addition to SDK and not a partnership. Thus, there is no price pump after the announcement.

In the last 7 days, TRX strengthened by 33%. But it had nothing to do with this news.

Not many are expecting a price impact. But it is indeed a noteworthy introduction as it opens TRON blockchain to 893 Million Samsung users. Earlier in 2018, the company had expanded its user base by 100 million monthly active users as the company acquired BitTorrent.

There are some negative sentiments also

A couple of TRON followers believe Justin Sun is again trying to sell a piece of pity news. They feel that way because in April 2019 something similar happened. On 23rd April Justin tweeted that the company had been invited by Liverpool Football Club for partnership. There was a flurry of excitement in both the worlds.

But the very next day Liverpool spokesperson told media that it was just an informal invitation. And TRON was one of the many companies that received such a letter.

Half a day has passed since Justin announced the addition. But we are still waiting for an update on the much speculated Samsung/TRON partnership.

Previously, we covered TRON’s integration in the Opera browser. 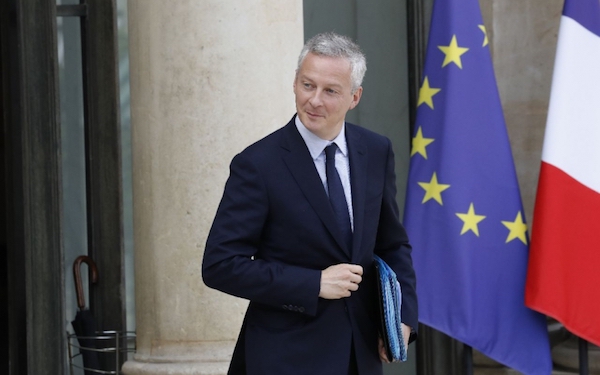 Seal the Deal: EOS at 50% Discount on Crypto.com Exchange