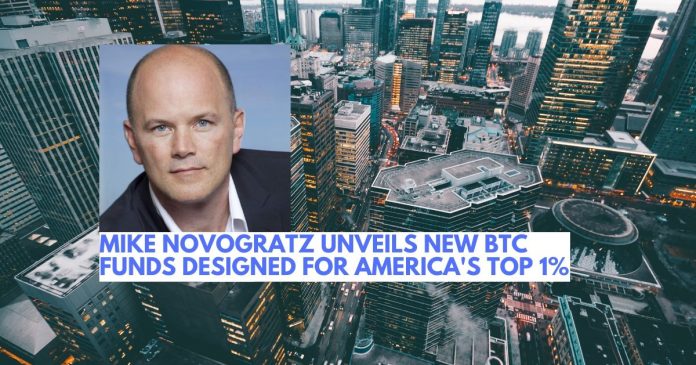 These funds are specifically targeted toward American accredited investors between the ages of 50 and 84 (1946 and 1964). This project won’t be like most other crypto holding platforms that target young people.

According to reports, the new funds intend to bring “the wealth of America,” into the cryptocurrency markets. Hence, targeting investors who may have stayed out of crypto investing.

The crypto supportive man stated that most crypto investors are young people, commonly below the age of 40. And a survey has supported these claims showing that almost 70% of respondents over 55 don’t own Bitcoin. This creates an opportunity for Galaxy Digital to tap into the market of older demographics still at large.

The Bitcoin Fund requires investors to make a $25,000 capital investment they can only collect on a periodical basis. While, the Institutional Fund has a higher investment requirement, but offers weekly liquidity. The new funds have received initial funding from Galaxy’s own cash.

According to reports, both funds will require a far lower amount to invest than other Bitcoin funds.

Novogratz, a staunch supporter of crypto, believes bitcoin will continue to outperform other cryptocurrencies. He emphasized that it would not happen until it has more extensive use in the economy.

He expressed his confidence in this project, stating the new BTC funds could attract investors who are investing in gold.

Additionally, he said he believes that other financial services companies will let users invest in Bitcoin in the next 12 months. Besides, he also predicts that companies will start accepting BTC as early as in 2020.