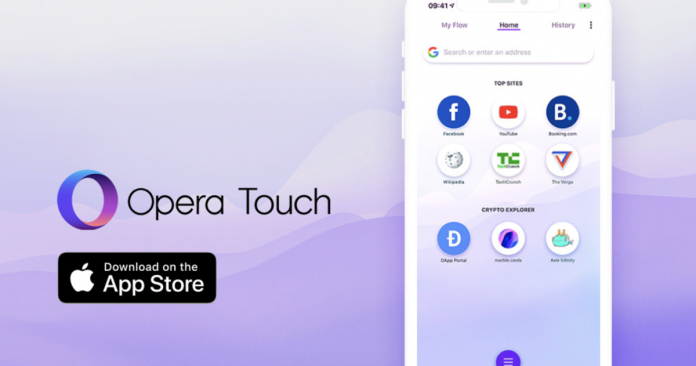 Opera has finally launched a new Opera Touch update for iOS that includes its Ethereum Crypto Wallet. You can now finally safely store your cryptocurrencies on an iOS device using Opera.

Earlier this year, on March 5th, Opera announced that it was about to bring the Opera Crypto Wallet to Opera Touch for iOS following popular demand from the Ethereum community. Now, 3 months later, the company launched the new update, enabling Crypto Wallet support also on iOS.

With the update, Opera now has Crypto Wallet support on all platforms including Android, iOS, Windows, Mac, and Linux. Opera Touch for iOS with Crypto Wallet, like the Opera browser for Android, supports the Ethereum Web3 API, making interacting with dApps seamless, without the need for browser extensions. DApps, give the Ethereum blockchain more utility and by extension make the new Opera Touch Crypto Wallet all the more interesting.

In March, Opera already mentioned about the iOS release:

We identified the biggest challenge to be the lack of easy-to-use solutions for crypto. Users were forced to install separate wallet apps which didn’t include full-featured browsers. Setting up such wallets was difficult and browsing the Web with a wallet app is burdensome. We removed this hurdle by integrating an easy-to-use wallet into our Android browser. Now, we are delivering this seamless experience to iOS users.”

According to the press release, Opera Touch supports all ERC-20 tokens, stablecoins, and non-fungible tokens. Furthermore, Apple iOS users can download the app from Apple’s App store, purchase some Ethereum, send it to their Opera Touch wallet, and start using it in dapps immediately and seamlessly.

Here a video about Opera Touch for iOS: 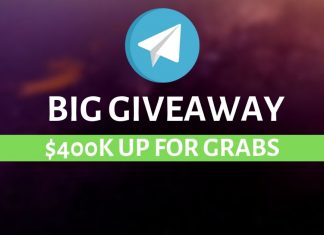 Telegram Giveaway: $400K Up for Grabs