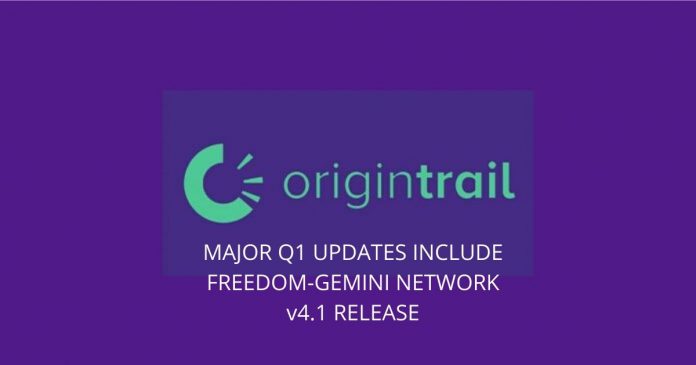 OriginTrail, the blockchain-powered ecosystem for supply chains, has recently released its first quarterly report for 2020.

OriginTrail has been working tirelessly to put its range of capabilities into several European projects it is involved with. Worldwide lockdown following the COVID-19 pandemic has also resulted in the ecosystem resiliently overcoming challenges.

The Q1 report covers updates on various areas like finance, business development, human resources, and other activities. However, the major milestone remains the release of v4.1 of the Freedom-Gemini network.

Development of the Freedom-Gemini network

Since its launch in Q4 2019, the Freedom-Gemini network has undergone many levels of development. In fact, the development team had been assiduous in publishing releases on a bi-weekly basis. These releases started from the testnet before moving on to the mainnet. They also record the improvements implemented in the OriginTrail node client.

Through these continuous developments, the Freedom-Gemini network has recorded vital improvements, especially in memory handling. Other key improvement areas include the visibility of peer-to-peer networks and export process acceleration. Available on GitHub and Discord, OriginTrail noted that most of the development work took place in the first quarter before their April release.

The release of v4.1 highlights an essential and unique feature. According to the report, this feature is its “ability to hold public and permissioned data in a single decentralized graph on the same node and within the same dataset”.

Another milestone is the introduction of the Food Data Market (FDM). The FDM is an open-source software infrastructure, which utilizes the OriginTrail protocol for trusted data exchange “with the goal of contributing to sustainable supply chains”. Also, Trace Labs is in the process of building a Laboratory Data Marketplace with the project being in the experiment stage.

Despite the continual increase in the development costs, the OriginTrail Q1 report places them in a good financial state. The report concluded that there was enough funding to sustain further development efforts. At the end of Q1 on March 31, the assets’ value for OriginTrail was 4,987 ETH. 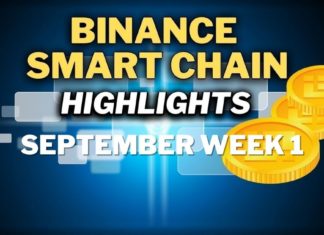