In a recent Press release, Bison Trails divulged, that their Infrastructure-as-a-Service will allow anyone to launch and run a Polkadot validator.

According to Bison Trail CEO, Joe Lallouz, Polkadot can transform the face of the existing blockchain industry. Notably, Polkadot is a network that interconnects blockchains. And it offers its users a scalable heterogeneous multi-chain infrastructure. Effectively, this enables the development of more innovative blockchain designs. And makes sure the resources like software and security are effectively utilized in a shared manner.

Meanwhile, Polkadot is all geared up for its Mainnet launch. There is a lot of participation in excitement among developers and validators. And Bison Trails is supporting Polkadot as they share the vision of interconnected blockchains.

Polkadot Validator is in experienced hands

Undoubtedly, the association is going to prove fruitful for Polkadot. And that’s because Bison Trails has prior experience of running validators. The Infrastructure-as-a-Service provider has successfully run Kusama validators which is an innovative Web3 foundation project.

Joe Lallouz, CEO Bison Trails said, “Bison Trails has established itself as a leader in node and blockchain infrastructure and we’re excited ramp-up support for Kusama and Polkadot.”

And he is too confident about the successful execution of Polkadot validators because it has quite some similarities with Kusama. Explaining it further, Joe stated that both Kusama and Polkadot were designed to scale to 1,000 validators.  And they coincidently have similar levels of stake and 100 parachain shards. Effectively, Bison Trails support will simplify the dot holder’s participation in the Polkadot network.

Bison Trails infrastructure will promise a 100% uptime to the Polkadot network participants and this is a big plus.

It is up for more

Apart from supporting the Polkadot validators, Bison Trails is also about to introduce an innovative feature to the blockchain. And this will prevent double-signing incidents that lead to slashing.

In spite of players like Visa abandoning Libra, Bison Trails choose to stay onboard. The platforms protocol specialist, Viktor Bunin recently confessed that there were other reasons to join Libra rather than just Facebook. Viktor shared that Bison Trails is a strong believer in Libra’s vision. Furthermore, he agreed that the path for Libra is not going to be an easy one. 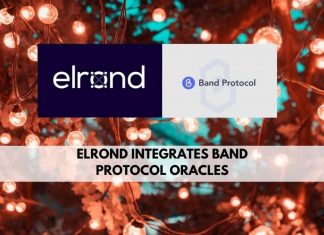