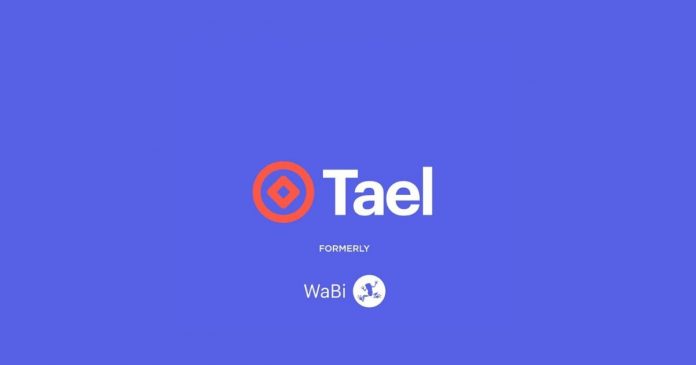 TealTech (formerly WABI) has taken to Twitter to inform their community about the latest updates about their WABI token.

Founders of TaelTech are known for offering solutions capable of building industries by creating interactions between brands and consumers. Accordingly, WABI is a digital token that makes these interactions possible.

Alex, co-founder of TaelTech and WABI token, shared recent developments about the WABI token. According to him, the TaelTech team has been working on some improvements and expansion on WABI token.

This has been fuelled by the launch of Project X, expanding our suite of research tools whilst providing brands with increasingly sophisticated consumer engagement & analysis tools. pic.twitter.com/038WnfMguP

In a bid to expand its set of research tools, the TaelTech team has launched Project X. The aim of this project is to provide brands with highly developed tools for consumer analysis and engagement. The improvement of WABI transactions as mention in the tweet above has been attributed to the launch of Project X.

TaelTech team has introduced a blueprinted internal tool that would be used for image OCR and data correction. This tool has proven to be more effective than the use of barcode scanning. Also, there is an undergoing structure to improve purchasing behavior predictors.

Additionally, the team has begun the mass capturing of skilled photos. This would enable the availability of nutritional tables and ingredients list. Test automation has been set up and an AI-focused data analyst has been employed to strengthen their operations.

More suppliers from Australia have been added for the D2C operations. There is a plan to approach more department stores in the biggest global cities so that they can integrate payment by WABI token.

TaelTech team has also created its own entity in Japan. On the 18 June, TaelTech announced the success of the registration for TaelTech Japan. This move will in turn expand the reach of engagement capacities and consumer insights in China.

For a start, Taeltech Japan looks forward to partnering with key FMCG industries in Japan. The beginning of TaelTech Japan will open the company to greater partnership opportunities with some reputable Japanese traditional organizations. Even the government and state agencies can partner with them on certain projects.

Previously, Elastos has released details of several updates on its ecosystem. This was after their CR Elections and its first-ever CR (Cyber Republic Consensus) council.