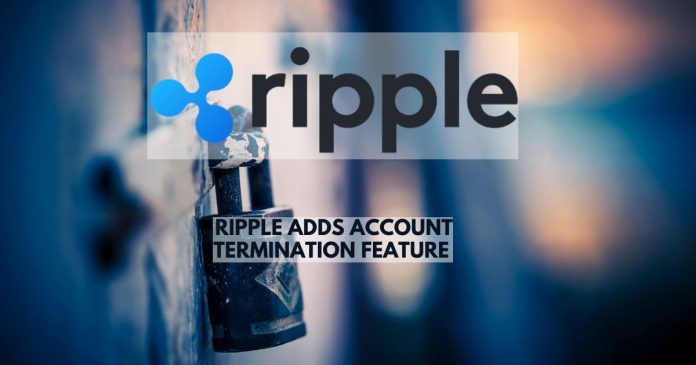 Ripple users can now delete their account from the Ripple Lab network if they want, according to Arturo Portilla, former XRP Center manager.

Portilla, in a series of tweets, explained that an amendment which would now allow the termination of accounts on the Ripple XRP ledger. According to reports, the enactment of the new feature follows voting according to the XRP ledger governance model.

Notably, the termination feature has been in discussion since October 2019. The proposed purpose of the feature is to act as a mechanism that would deter “abusive behavior” and suspicious accounts.

One of the key aspects of the new feature is it allows users to delete their accounts and also recover 75% of their reserve balance. The XRP website also explained that only the owner of an account, who is also the private key holder, could delete it.

Voting for Deletable Accounts amendment has concluded and this change is now active. It should be possible to delete your accounts and recover 75% of your reserve balance – https://t.co/d5d2GWrz0j pic.twitter.com/glx7T3zgiz

Deleting an account invariably means the account no longer exists on XRP’s present ledger. However, the ledger’s history will still contain the wallet’s past activity, the post explains.

Users who wish to avail of this account termination feature need to keep these points in mind.

According to Ripple, anyone could carry out such a transaction that would possibly revive a deleted account. However, account owners would need their private keys to access and manage their accounts.

The amendment notice enabling this feature is available here.

Although Ripple seems to be tied up in several class-action suits, it continues to forge ahead. Recently, it has been in news regarding a next-generation trading platform likely to be based on the XRP token and on-demand liquidity (ODL) payment solution.

Schwartz has also hinted that Ripple was working on a feature enabling companies to create their tokens on the XRP Ledger, tied to XRP or another currency. Additionally, Ripple has been busy forming partnerships with Intemex, MoneyGram, and others to increase its value. It has also lent its support to the fight against the global crisis precipitated by the COVID-19 pandemic. 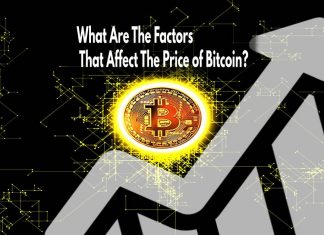 Robert Patrinjei - August 23, 2019 0
Are you wondering what factors can affect Bitcoin's price? Well, you are in the right place; there are several. Supply and Demand Bitcoin has many similarities...