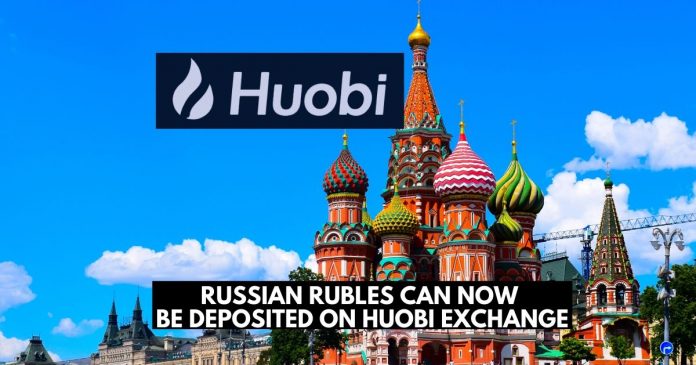 The Singapore-based crypto exchange, Huobi, has announced its Moscow division will start accepting the Russian ruble for deposits.

The release stated users of Huobi Russia would be able to deposit rubles into their wallets through bank transfers. At an event in Moscow, the exchange further asserted that it would soon launch its own token listing service.

HBRU CIS will be in charge of transactions processed through a bank in Uzbekistan.

Vladimir Demin, the CEO of Huobi Russia, stated that HBRU CIS has secured approval from the Uzbekistan Justice Ministry. Accordingly, Uzbekistan a crypto-friendly nation has created encouragement to lure crypto enterprise to the country, through tax reduction and other incentives. The exchange will also be working with local institutions InfinBank and Demin.

Along with the creation of the Russian ruble deposits, the Moscow division will also develop its own exchange platform. This would allow it to launch initial exchange offerings (IEOs). The platform enables Russian users to choose a different selection from what the Huobi Prime launchpad grants.

Previously, any project aiming to launch a new token could only do it through Huobi Prime. A business development lead with Huobi Cloud, Shawn Chong, stated that the new IEO platform plans to have its own token to launch soon, which will be for the fees associated with their service.

According to Demin, the regulations for listing applications will be available by December 30, with no listing fee. Although Huobi Russia might offer associated paid services like a legal opinion on the project before listing, he added.

In a bid to continue its expansion program, the Chinese branch of Huobi Group announced its membership in the blockchain-based Services network (BSN) Development Alliance at its launch in China.

“The network would be tested in 54 cities across the country as well as Hong Kong and Singapore for projects such as smart city management,” Wenchao Shi, president of China Union pay said. 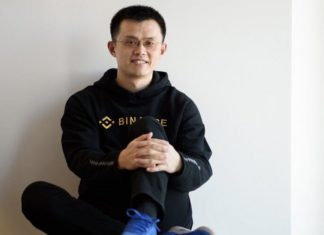