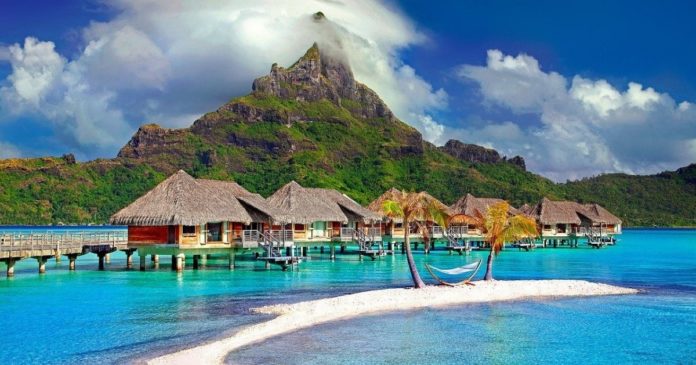 Popular sharing ecosystem ShareRing has published its newsletter for February 2021 detailing all its activities in the month. The sharing ecosystem recorded several exciting updates ranging from its CEO attending a government meeting in Brisbane to the launch of its app.

ShareRing (SHR) is well-known in the cryptocurrency and blockchain sphere as a pioneer in the sharing space. The platform looks to completely revolutionize the sharing ecosystem with several of its projects all built on decentralized technology. Some of these projects include ShareLedger, ShareRingID, ShareRing Shop, and Insurance. Interestingly, the platform has also disclosed plans to launch an open-world passport. The recently published February newsletter contained important details like the company’s recent partnerships, technology updates, product updates, etc.

📰 The ShareRing Newsletter has been released! Catch up on all the latest news over February.

Topping the list of events in the February newsletter is ShareRing CEO Tim Bos attending a government meeting in Brisbane. This event took place on February 1, 2021, and important aspects and features of the sharing ecosystem were shared in Brisbane. A major aspect of the meeting was the discussion surrounding the use of the ShareRing ID Vaccine e-Certificate.

Fri 8.30am, the phone rings. "We need you in Brissy next Tue for a gov't meeting to discuss the ShareRing ID Vaccine e-Certificate."

By Friday 11am we were all packed and on the road for the 1800km drive to Brisbane.

I'm looking forward to a week of meetings and sunshine here! pic.twitter.com/UIvLx5KMZy

I had a great lunch meeting with the Hon Josh Frydenberg (Australian treasurer and deputy PM), Terry Young MP and a few other attendees in Brisbane yesterday. A lot of things were discussed, including @ShareRingGlobal, the economy, COVID-19, and also Josh's perspective on crypto. pic.twitter.com/zDLMrrQW3M

According to the blog post, the ShareRing team began testing the ShareLedger blockchain on February 17, 2021. The tests involved disconnecting and “jailing” several of the network’s nodes. This is in a bid to prepare for the sharing platform’s major update expected to take place in a few week’s time.

The sharing ecosystem entered into several strategic partnerships in February. Some of them include:

Interestingly, the ShareRing native token – SHR – also went live on Australia’s Coinspot crypto exchange. According to the announcement on February 24, Australian citizens can now buy, sell, trade, and swap SHR for other tokens.

We've just concluded a long, successful global search for a new PR manager who can take the @ShareRingGlobal story to the world. He's starting on March 1st. Expect to see a significant ramp up in our messaging and media releases in line with new partnerships and product releases.

ShareRing, in its February newsletter, released several graphics highlighting the benefits of its app. These graphics include:

Where to Buy Monero XMR to USD to XMR

Stu L - August 4, 2022 0
Privacy coins are coming back into favor after seeing the meltdown of lots of KYC-based centralized operators in this market. And looking at what’s...

How Cryptos Will Improve the Cannabis Industry