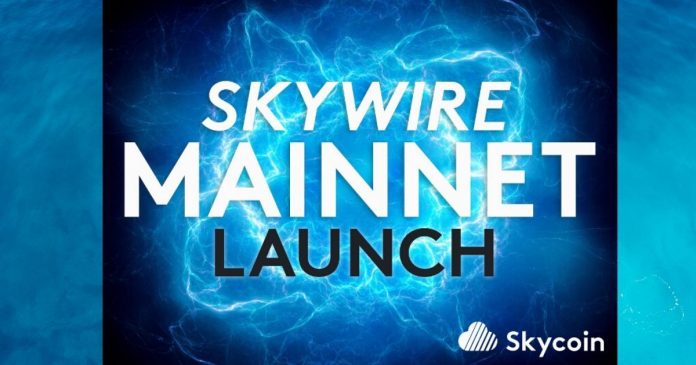 After two years of active development, the Skycoin Project is pleased to announce the launch of the Skywire Mainnet.

According to a blog post, the deployment of the Skywire Mainnet would continue over two months, beginning in April. This will also enable current Skyminer operators to upgrade to Mainnet.

The Skywire Mainnet is a step towards the right direction as it corroborates to Skycoin’s vision of a secure and decentralized internet. Moreover, Skycoin aims to become a scalable peer-to-peer (P2P) wireless mesh network where all traffic is anonymous and end-to-end encrypted.

Notably, the internet as we know now has several challenges including privacy violations, economic limitations, and censorship. The Skywire Mainnet seeks to address these issues and become a viable solution. It employs a software-defined networking protocol (SDN) and also the outdated TCP-IP protocol of the current Internet.

The SDN is effective in channeling traffic. Now, the network comprises of Skyminers, which are custom-built hardware devices functioning as nodes. The Skyminers are instrumental in providing processing power, bandwidth, and storage space for the Skywire network.

Anyone who operates these nodes gets network rewards through cryptocurrency micropayments executed on Skycoin’s third-generation blockchain. Notably, there are more than 5,000 active nodes in the deployment stage worldwide, and more are still coming online.

The release of the Skywire Mainnet

Skycoin launched the developer’s Mainnet in March 2019 facilitating a command-line based testing of the network software. The official blog has now announced the availability of the public Mainnet in a brand new user-friendly graphical interface. All Skywire users will be able to access it. And the entire development has taken just a little over one year.

With the Mainnet release, developers will now be able to utilize the platform to construct and deploy decentralized apps (DApps) on the Skywire network. Moreover, these DApps will enjoy SKywire’s in-built security and privacy advantages.

Skyminer existing operators will have the option to use Skyimager software to manually upgrade their version of the system software to the public mainnet. As an incentive, Skycoin will reward a bonus to those who migrate to Mainnet within the first four weeks of the launch.

Other improvement plans in place for the SkyWire Mainnet include a marketplace for bandwidth-sharing, addition of small antennas to Skyminers, and the CXO protocol.

Find out more about Skycoin be reading our overview that we covered last year.

Recently, Coinbase introduced Coinbase Oracle to broaden its focus on DeFi and enable users to produce data on-chain. Also, we reported the upcoming launch of TomoChain Mainnet 2.2 and the TomoX protocol. 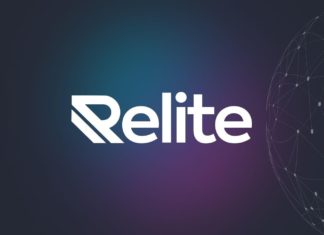 Deepika Garg - August 26, 2021 0
Since its pre-IDO days in Q2 2020, Relite Finance positioned itself as an all-encompassing DeFi protocol with NFT utility. The team behind the project...