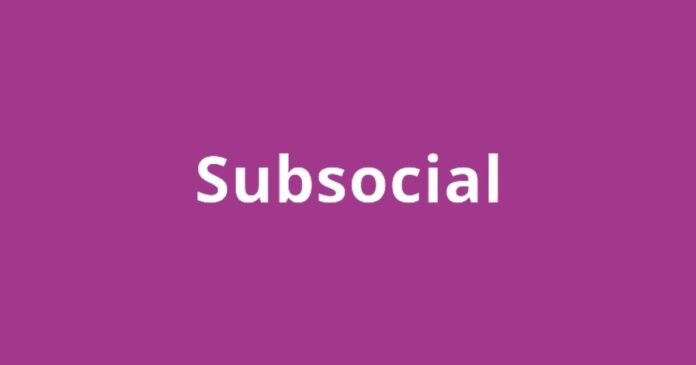 Social network for the Polkadot ecosystem, Subsocial (SUB) recently won one of the most sought-after slots on Kusama (KSM). In line with this, the decentralized social network announces plans to distribute 16.5 million SUB tokens.

According to a Press Release shared with Altcoin Buzz, Subsocial (SUB) launched its bid for the KSM parachain last month. The bid got major support from enthusiasts and community members. Therefore making it possible for Subsocial to win with a landslide. During the auction, the Polkadot social network successfully raised 100,420.69 KSM tokens. And therefore winning the parachain slot.

Thanks to the successful completion of the auction, Subsocial plans to distribute 16.5 million SUB tokens to its investors. The distribution will follow the launch of its parachain in 2022.

Build Your Own Social Network With Subsocial (SUB)

Subsocial is focused on building a decentralized open platform. One that enables interested persons to build their own decentralized social network. To facilitate this, Subsocial makes use of a Substrate blockchain structure and IPFS. Thus, making it possible for Subsocial to seamlessly connect to both Polkadot and Kusama networks.

By winning one of Kusama (KSM) parachain auction slots, Subsocial will also have access to Kusama XCMP. XCMP is Kusama’s cross-chain messaging platform. With the messaging platform, Subsocial will be able to safely communicate with other Kusama (KSM) parachains. Therefore facilitating seamless interoperability and integrations between the parachains. Also, SUB tokens will take part in governance, and will also facilitate transactions on Subsocial.

Speaking on the announcement, Founder of Subsocial (SUB), Alex Siman, disclosed that the entire Subsocial ecosystem is delighted by winning the Kusama parachain slot. Also adding that, securing the parachain slot, will make it possible for Subsocial to
“[…] build all sorts of innovative integrations in the Social Finance sector. He also disclosed that winning the auction would not gave been possible without the immense support of its community. In his own words, Alex revealed that Subsocial ” […] community’s support has been incredible.”

The parachain will go live on January 8, 2021. Alongside the parachain launch, the social network platform will also relaunch its betanet as a mainnet. This means that Subsocial will have two separate chains. The chains will then be connected by a bridge with the same SUB token.

About Kusama (KSM) And Subsocial (SUB)

Kusama is a testnet for Polkadot ecosystem. Known as an innovation-focused chain, Kusama provides developers with a testing environment for their projects and applications before launching them on Polkadot.

Subsocial, on the other hand, is a decentralized open platform enabling the creation of marketplaces and social networks. It is also well-known for its monetization and censorship-resistance features.

With Subsocial, users can create their own sustainable social networks with total control over them.

Luc Lammers - October 11, 2018 0
Blockvest was touted as a new decentralized exchange for crypto assets as well as a cryptocurrency index fund... but not anymore! Today, the news...