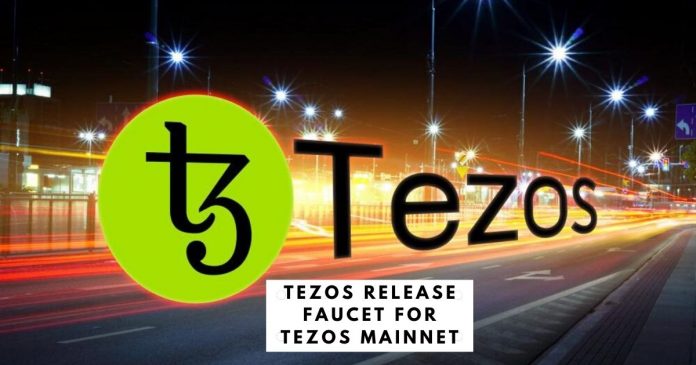 The Tezos blockchain protocol now has a cryptocurrency faucet that dispenses a small stream of XTZ tokens to users.

According to reports, the faucet dispenses a small amount of XTZ tokens to its users. Besides, it allows developers and users to request Tezos tokens (XTZ) for development and testing purposes.

Some sections already expressed skepticism towards the act of giving free money. They claim that the gesture ends up making users want more than a fair share of what they initially wanted to get. But, based on reports the faucet plans to release 0.01 XTZ every 10 seconds. Also, the addresses registered added to a queue involves a maximum length of 10.

“Here’s the real Tez, and it has a market value; drink responsibly,” the announcement reads.

Strategy for the faucet

The announcement also revealed that addresses that stay in the queue the longest get positioned at the front of the line. Then they are subject to removal.

Furthermore, the platform blocks addresses that receive XTZ from the faucet for 12 hours. They get re-added to the queue afterward.

Besides, Tezos also cautioned about the availability of the system. It explained that in a case where users find a way to hack the system and drain funds from the faucet, it’ll not be around for long. Thus, reiterating that it’s a development faucet and that user shouldn’t depend on its continued availability.

Notably, the Tezos faucet gives out 0.01 XTZ to each registered user per day, or approximately $0.0152, while other faucets pay testnet tokens that’s only used by various DApps.

Tezos is an open-source platform for assets and applications backed by a global community of validators, researchers, and builders.

The platform claims to be secure institutional-grade smart contracts. Thus, Tezos provides safety and code correctness required for assets and other high-value use cases. Its native smart contract language, Michelson, facilitates formal verification. This methodology remains commonly used in mission-critical environments such as the aerospace, nuclear, and semiconductor industries.

Besides, Tezos’ modular architecture and formal upgrade mechanism reportedly allow the network to propose and adopt new technological innovations smoothly as they emerge.

Additionally, Tezos encourages open participation and incentive alignment as all stakeholders get to participate in network upgrades by evaluating, proposing, or approving amendments. Unlike in Proof-of-Work and other Proof-of-Stake networks, all stakeholders help to secure the network to avoid the inflationary effect. 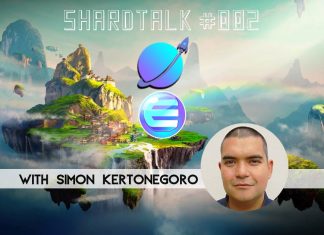 Ezekiel Ng - August 7, 2019 0
ShardTalk is the interview segment of Altcoin Buzz gaming which connects our readers to people who are shaping the Blockchain gaming space. In this 2nd...