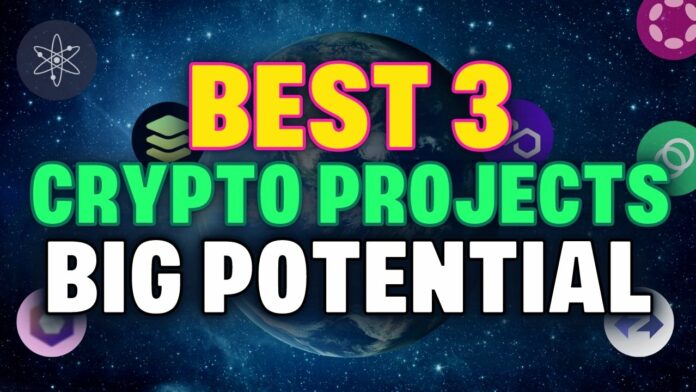 I am jealous, impressed, and amazed by the people who retired from crypto in the last couple of bull runs. Is “Retire Early with Crypto” still a thing? I don’t have an answer for that but with my recent research I know I can position myself for some really massive gains.

In this article, I will show you three upcoming coins that I think could be a big hit in the market. One of these will very soon be conducting its token airdrop so don’t miss this article. Stay with me.

A Note on Crypto Trends

New crypto projects are popping up every now and then. The bear isn’t killing everything. From past experiences, some parts of the market tend to be in high demand after a bear market. For example, after the last bear market, projects from DeFi, NFTs, and GameFi were the big winners of the bull run.

I believe smart contracts projects will trend. Modular blockchain projects are also the next big thing. They could sit on our “Iron Throne.” Projects from these sectors should occupy a spot in your portfolio. Now, let’s look at some projects from these areas.

Smart contracts allow for trustless agreements. They also permit transactions among different, anonymous parties. All without needing a central body. So, if you’ve so much as heard about Ethereum, then you know what smart contracts are. So I’m not gonna say much about it. Also, you can check out our old video for more on smart contracts.

Sui helps with asset management with low latency. Its secret is horizontal scaling for high throughput. Also, Sui is the brainchild of Mysten Labs. Former executives at Novi Research launched the R&D firm. These guys are serious about leading the market. Then, Mysten Labs already has financial backing. It raised $300 million in the Series B funding round and has huge potential to keep things going.

Here are a few reasons why Sui is my first pick of the day:

After the $300 Million investment, the #SuiEcosystem has exploded. Currently, there are almost 50 projects under construction on #Sui and it is continuing to grow rapidly

It promises to help developers build:

Which smart contract platform is your favorite? Let us know in the comments below.

We often don’t pay attention to blockchain designs. This is because of the technicalities involved. But knowing the technical side of your industry always pays off. Monolithic blockchains have been around for a long time. They are the most used design. These types of blockchains can handle core tasks such as:

Modular blockchains are newer but different. They are blockchains that can split these tasks into different units. They outsource activities to an external chain. Sharding on the Ethereum PoS, when it happens, is a good example of this.

Modular blockchain (noun): a blockchain that fully outsources at least one component to an external chain:

Modular blockchains have increased efficiency. This is because they narrow down the validator set to focus on shards. This enhances the throughput of the blockchain. Here are some of the benefits of modular blockchains:

I believe modular blockchain projects will be a megatrend and I’ve got two that I want you to look at.

Celestia is a blockchain scaling startup. It has already raised $55 million for its development plans. Celestia is building a unique modular blockchain architecture. Celestia plans to solve scaling and deployment issues.

Celestia’s team plans to make it easy for anyone to deploy their own blockchain. And cheap. So, Celestia’s modular blockchain architecture will focus on :

What's that mean? Here's a breakdown 🧵 👇

This would give developers much-needed freedom. Developers can choose their own execution environments. This includes Solana VM, EVM, and others. Also, Celestia has a fellowship for modular builders. It also has promising projects in its ecosystem, such as:

Celestia launched its testnet in May 2022 but has yet to announce a token.

Investors are still involved in crypto despite the bear market. But they invest in projects and industries they believe in. Celestial has already gained the attention of investors. Maven 11, Bain Capital Ventures, and a couple of others have invested in Celestia. This shows that these investors believe in a modular future.

A transparent team: Transparency is such a  big deal in our market. We do not want projects with a mystery team or an unrealistic roadmap. Celestial is pretty transparent. And that’s something every community wants.

Celestial has a chance to popularize modular blockchain. Especially at a time like this when scalability while maintaining security is a huge issue for existing chains.

Have you heard of modular blockchains before? Do you have a favorite project with faster transactions than most Layer 1’s? Let us know which fast transacting platform you like most with a comment.

Fuel Labs is building a fast execution layer for the modular blockchain stack. Fuel has enjoyed remarkable growth. The project currently boasts some of the best engineers around.

I mentioned the shift before. It’s from monolithic to modular blockchains. And that’s Fuel’s entry point. The project aims to make the execution as fast as possible. It’s the leading Layer 2 technology. There are 3 core pillars to Fuel’s technology stack:

In my opinion, Fuel has a cool vision for the future. The team envisions it for all developers. As I said earlier, modular chains are becoming the next big thing. And Fuel Labs stands a huge chance to be a leading player in this sector.

Fuel plans to be the engine for an autonomous future. So, developers can build without middlemen. Also, Fuel offers modularity with its adaptable architecture and presents an alternative to Ethereum’s future. Ethereum seems headed for a rollup-centric future. Fuel claims to be able to grow the execution layer even higher than standard rollups. The team says they will do this without compromising security and at a small cost.

Developers choose the FuelVM for its superior developer experience using Sway and the ability to go beyond the limitations of the EVM.

And that’s it for my 3 upcoming projects. Before you go, don’t forget to comment below with your favorite project listed here. 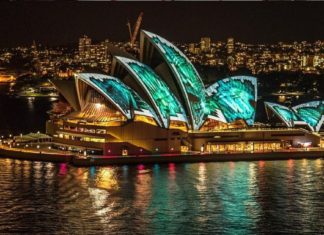 Swyftx - Highest Liquidity and the Best Customer-Rated Exchange in Australia

Laurie Dunn - October 30, 2020 0
Swyftx is the progressive Aussie cryptocurrency trading platform that focuses on liquidity, customer service, and lower fees. “Join the cryptocurrency exchange that gives a ****!” We all...