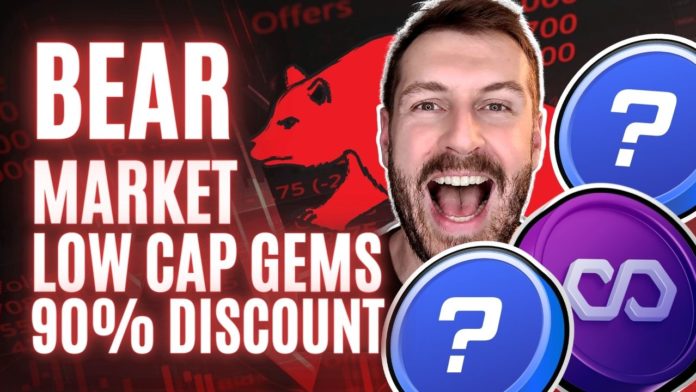 You’ve probably heard the saying before that investors make most of their money in bear markets, not bull markets. And there are a couple of reasons for that: Buying on sale when investors are selling, holding in thought times, and finding great projects.

And that last one, that’s our focus today. Bear Market Altcoin Gems. So today, we look for diamonds in the rough. Let’s take a look at these projects.

Our first choice is Polygon and its MATIC token. Polygon is one of the longest-running side chains for ETH. But that’s not all it is. It’s a Layer 2 solution for ETH and hosts many apps and games on its chain.

We’ve done a few videos featuring them including one of our great 2 min explainer videos and a recent full-length video on what they are up to. So we won’t rehash all those details here but we will hit some highlights:

This is one of those cases of buying quality at a bargain. And if you are looking for further trading discounts on your purchases or want to win BIG Bonus amounts sign-up with the AB-Exclusive MEXC campaign. Only 2 days left.

Our next gem, like Hermez for Polygon, is also in the zero-knowledge area. Mina Protocol. Mina uses zk proofs on its PoS network and its smart contracts are zk apps too. This means you own your data as you use zero-knowledge proofs to prove the required information in an app. Its native MINA token is used for transactions and governance.

Again, privacy is the big watchword here for this blockchain. By using zk-SNARKs to verify chain activity for new users, Mina can maintain the lightest blockchain in crypto. The entire chain is only 22kb. Not one block, the entire chain. So anyone who participates can easily become a full node helping to keep the network decentralized and secure.

The privacy theme is big. We think the trend towards privacy will grow faster than the market over the next couple of years. The idea of using zk-snarks is a real innovation. It’s like taking a picture of the chain and sending that around for verification instead of making each node download the entire chain to verify it. ZCash, which is the 3rd largest privacy coin project uses zk-snarks too.

After Loopring, which aggregates rollups, and Polygon, Mina is the top zk-rollup project. But forget about the tech for a second. What counts about Mina is it’s a leading privacy protocol. It’s priced at a fraction of either its privacy peers or its zero-knowledge peers, yet it has both.

This is all we think about! 💭

Privacy is seen as the No.1 advantage of #ZeroKnowledge tech according to this report. And Mina's zkApps provide a way to easily program such ideas, in a scalable way and at a flat fee.https://t.co/0BJIjZ8HFw https://t.co/KCohbUpsmj

Mina also has lots of strong backers including FTX and the controversial 3 Arrows Capital. But in this case, 3 Arrows has invested the money in MINA already and their separate lending/liquidity issues should not affect its investment in MINA. If you like the privacy angle or the speed and agility of lightweight chains, then you should give Mina a look.

And remember one of the best places to buy Mina and these other gems is MEXC. During our promotion with them, you can earn up to $6,500 in bonuses so sign up today.

Next, we have an exchange coin, CRO. The nice thing about exchange coins is regardless of market direction if you think people will continue trading they can be a good buy. In this case, CRO is the coin for the Cronos chain, which operates Crypto.com.

We see exchange coins as being bullish on the industry as a whole. People buy and sell in all market conditions. And exchanges earn fees in both directions. Therefore, these are the reasons why we think this project has a lot of potential:

https://t.co/vCNztABJoG is proud to announce it has received in-principle approval from @MAS_sg for its Major Payment Institution License.

Immutable X calls itself the first Layer 2 for NFTs on Ethereum. The idea here is for games in the P2E model or if they just want to make money selling tools, weapons, and skins, to be able to mint those NFTs for free. When games can mint for free, they can more easily and cheaply scale.

We can't wait to help developers onboard the next billion mainstream users.

Immutable X is the leader in the gaming infrastructure of minting NFTs to scale. They have a huge marketplace for trading game NFTs. And they support or integrate with many games including Disney, Marvel, Guild of Guardians, Illuvium, and more.

Like Cronos, they’ve launched a developer fund too. An aggressive move in this market. A fund of $500 million will support the acceleration and adoption of Web3 games.

Continue the thread below. 🧵 pic.twitter.com/u5rPPsApAt

And lastly, and not surprisingly, their IMX token has taken a big hit. Down 90% from its high in November, IMX currently trades at 88 cents. That’s 34% off its low from just a couple of weeks ago of 69 cents. And IMX doesn’t even have staking yet, but it’s coming soon. One of the easiest ways to develop token utility and Immutable X has value before even offering to stake.

Finally, they say they want to be the center of the blockchain gaming revolution. And they are positioning themselves to be exactly that.

Last on our list for today is another old favorite, Efinity. Efinity is ‘the cross-chain superhighway of NFTs on Polkadot’. They won the 6th parachain slot on Polkadot and their parachain is up and running. The goal is NFT interoperability across chains.

We are bullish on Polkadot. Most DOT parachains are in a great position to succeed and make crypto more interoperable. Therefore, here are some other reasons why we think you should keep an eye on Efinity:

On the other hand, although Enjin is a big project, Efinity is not. Its market cap is $58 million, which makes it the smallest on this list. It’s 3x smaller than Immutable X. Although small caps are riskier in this environment, we think the downside for Efinity is limited. Especially with their parachain victory and implementation which will last them almost 2 years before they have to renew.

One of their more ambitious updates is a new wallet coming out soon. The beta is already out for Android that will link all major NFT chains together. A multi-chain NFT marketplace is coming soon too.

Therefore, if you like what the Enjin team is about but think you missed your chance there, the same team and same level of execution are happening with Efinity. So you have a chance to get it early here.

And we have 2 large caps with Polygon and CRO, which we like due to it being an exchange coin. All these projects are ones we are confident can survive this market and increase in value over the next 2 years. What do you think? What do you like right now? Tell us in the comments.

And don’t forget the giveaway we have going on with MEXC. All 5 of these coins are available to buy, sell or trade there. You can win up to $6500 in prizes and money added to your account if you sign up for a new account and fund it to make a trade. Check it out. 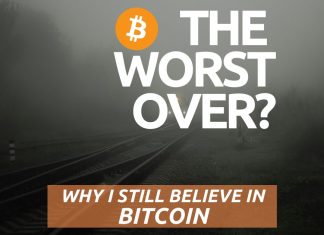 BTC Resilience and Why The Worst May Be Over

Shash - March 17, 2020 0
Before talking about the resilience of Bitcoin (BTC) amid a topsy-turvy economy, let me put a simple question to you first. Have you ever...

The Ultimate Guide to Boba Network

How Interoperability Can Take DeFi to the Next Level