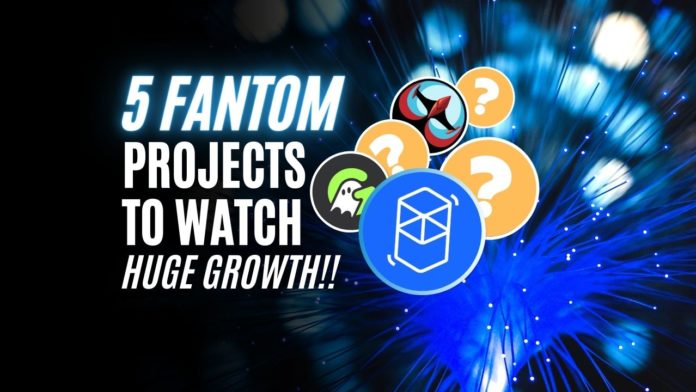 The Fantom ecosystem has seen an unprecedented rise in the past few months. According to CoinGecko, it has a USD 6 billion marketcap with more than 30 tokens.

DeFi – Fantom projects have exploded, and the TVL numbers are only going to increase. Fantom has started consolidating now, and it’s up to these Ecosystem projects to carry the Blockchain forward. Some of these projects have been launched and are still in a very early stage. But these are Fantom projects that will become pioneers in the Fantom ecosystem shortly.

Fantom is a scalable and decentralized smart contract platform. It is a direct competitor to top Blockchains like Ethereum, Polkadot, Cardano Solana, etc. The two main features of Fantom are:

On the other hand, the official Fantom portal lists about 73 dApps as of today in various category including DeFi, NFTs, Platforms, Wallets, etc.

In this article, you’ll discover the best NFT and DeFi projects in the Fantom ecosystem:

FantomStarter aims to become the gateway to many upcoming Fantom projects. It is a launchpad with staking features and promises investor priority through a Tier structure. Also, the FantomStarter will expand into DeFi, NFTs, and distributed exchange (DEX) listings.

On the other hand, the valuation of the company is at USD 3.6 million. Notable investors included Ankr Network, Signum Capital, ZBS Capital, etc. The project will support Fantom (FTM), Binance Smart Chain, Ethereum, Polygon (Matic), and many other EVM compatible networks.

Also, the availability of Fantomstarter NFTs is restricted. Holding these grants access to utilities that regular $FS holders do not have, and likewise. These NFTs will be offered in the website’s forthcoming Store.

HyperJump positions itself as Gamify Defi. Built on Binance Smart Chain and Fantom, it is trying to build an ecosystem around NFTs, gaming, and tokenomics to benefit the community. It currently consists of an alpha game release, a yield farm, single asset staking pools with dual staking rewards, vaults, and an Automated Market Maker. 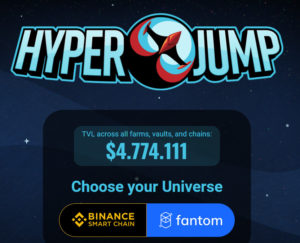 HyperJump has two tokens on the Fantom ecosystem:

Other Features About HyperJump

HyperSwap is a popular AMM on Fantom. It has a mechanism of using 0.05% of transaction fees to buy back ORI and burn it. Also, In the Asteroid Field, users can deposit LP tokens to mine ORI. Rewards are as high as 250% currently for specific pairs.

On the other hand, StarVaults is a savings instrument that optimizes your yield earning potential automatically. You can lock your LPs and enjoy the highest possible rewards.

It’s important to say that the HyperJump team fixed many vulnerabilities in other protocols, including the PancakeSwap syrup bug. The platform passed through a Certik audition.

Geist Finance is a lending and borrowing market on Fantom, where depositors can earn by providing liquidity. Also, borrowers can withdraw funds using over-collateralized deposits. It is a very new project that was launched on October 6th. Since its launch that same day, the $FTM Price increased by 36%.

On October 8th, the Geist Finance Market size reached USD 10 billion. It is comfortably sitting at a TVL of USD 2.5 billion now and has quickly become one of the most popular Fantom Projects. Also, Geist Finance constitutes 50% of the total TVL of the entire Fantom DeFi Ecosystem.

Other Features About Geist Finance

What makes Geist Finance different is:

On the other hand, the sudden popularity of Geist is because of the following key reasons:

According to DeFiLlama, the TVL of Beefy Finance has recently reached USD 1.1 billion. The contribution of Fantom in its growth is massive, where the TVL has increased almost 60x since June 2021.

Also, the main product of Beefy Finance is ‘Vaults,’ where users can stake tokens, and the protocol gives yield and automatically increases your deposits by a compounding mechanism. The funds are never locked. You can withdraw them anytime.

Finally, what makes this platform different from others are:

Artion is an NFT marketplace built on Fantom. It immediately became popular because their founders are Andre Cronje and by Fantom Foundation. The platform is currently in its Beta version.

Fantom already has a big NFT Market. For example, it has 3000 NFTs of Ancestral Umans on Fantom that sold out hours after launch, collecting over a million dollars in revenue. Other projects like FantomRock, Degen Apes, and StrangeBrew gained immense popularity.

On the other hand, Artion can bring together all the famous NFTs of Fantom and become the “Opensea of Fantom.” 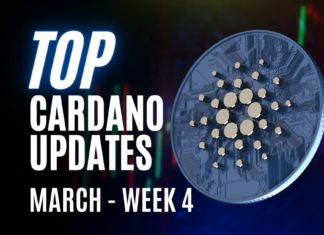