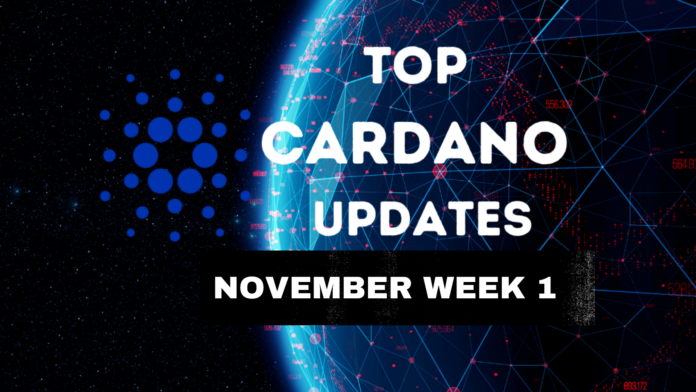 There have been some interesting developments in the Cardano ecosystem recently. To keep readers informed, Altcoin Buzz takes a look at essential Cardano (ADA) updates from the first week of November.

In the past week, Cardano celebrated a new milestone. In addition, a Cardano-based stablecoin received funding from a set of investors. Let’s take an in-depth look at these Cardano updates.

During the last week, decentralized platform Cardano (ADA) announced it has reached a new milestone. This achievement was reaching more than two million Cardano (ADA) wallets.

It wasn't long ago that we were celebrating hitting our 1 million mark and now we hit a whopping 2 million #ada wallets!#Cardano #CardanoCommunity@F_Gregaard @IOHK_Charles @IOHKMedia @InputOutputHK pic.twitter.com/x40pri9tjN

Ardana is a Cardano-based DeFi protocol. It received a strategic investment of $10 million. Ascensive Assets and Three Arrows Capital led the round, while other organizations (such as Morningstar Ventures, FMFW.io, Mechanism Capital, and cFund) took part.

The funding round will go towards developing the protocol. Users can deposit tokens, such as ADA, into the Ardana vault and receive a proportion back in dUSD stablecoins (the Ardana Dollar). Additionally, the protocol features the Danaswap decentralized exchange (DEX). This project makes it possible for users to earn interest on dUSD tokens deposited and get rewarded in DANA (Ardana’s token) when they provide liquidity. It also allows users to carry out token trading.

Ryan Matovu, the CEO and co-founder of Ardana, also said, “As the first all-in-one stablecoin ecosystem built on Cardano, our platform provides users with convenient access to liquidity, an ever-present concern in the hyper-competitive DeFi world. We are also able to leverage Cardano’s speed, scalability and security to offer a decentralized financial solution that works for everyone, and soon we’ll even be facilitating foreign exchange on-chain.”

During the week, Reddit reported the volume of $ADA staked on Cardano reached an all-time-high (ATH) of 73.15%. Data confirms that the total number of $ADA staked is 23.9 billion $ADA, and there is a total of just over 32 billion ADA in circulation.

This reflects Cardano’s hard work and people’s faith in the protocol. The introduction of smart contracts and other notable collaborations are more reasons people have confidence in the network.

4 – Milkomeda Is Operating Its Testnet on Cardano

Milkomeda revealed on Twitter that it is working in testnet on Cardano. There are now options for users to run Solidity and EVM.

We are extremely proud of our team🏅 Big milestone achieved for Milkomeda!!! 🔥

Solana Testnet you are next 🙂 pic.twitter.com/OOqq8taBHY

Milkomeda is a protocol focused on providing EVM features and tools to Cardano. The protocol makes it possible for users to move assets easier and faster than before. They are also planning to work with Solana. 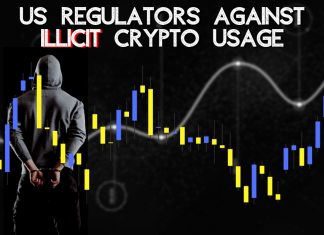 US Regulators are Against Illicit Cryptocurrency Usage

David Abel - October 15, 2019 1
In a joint statement, the chairmen of the three primary financial regulators in the United States affirmed their position against unlawful activities involving digital...