The TRON Foundation doesn’t feel like resting. In a new tweet, it has announced the release of the code for Tron’s Sun Network Version 1.0.

Justin Sun and the Tron Foundation continue to improve the Tron Network. The network has continuously introduced several developments to the crypto sphere, launching system upgrades, and also getting affiliated with renowned individuals in the world. Recently, Justin Sun expressed contempt in Tron’s partnership with Tether.

In support of the Tron network’s development, the Tron Foundation announced the release of the code for Tron’s sidechain scaling solution. This is the Sun Network Version 1.0.

The announcement was made via a tweet, it said: “SunNetwork protocol as a whole is focused on the efficient execution of smart contracts, improving network performance and reducing fees.”

Justin Sun commented saying: “with each new day, a lot of our projects continue making impressive advancements. For instance, we launched the TVM in late 2018. In just eight months, approximately 500 quality DApps were reported to be running on out Tron platform.”

The announcement also attracted several opinions from followers on Twitter. Not all of them are positive. For instance, @gamzeturkkan wrote, “when will this useless coin rise?? I’ve been waiting for two years.”

when will this useless coin rise?? I've been waiting for two years

Others felt more enthusiastic. @don_tron is among them. He wrote, “They are creating smart contracts on the tron networks and generating more user experience on the network.”

The new Sun Network version 1.0 is a scaling solution. Its design is all about enlarging Tron’s MainNet capacity. The new code integrates a series of scaling developments like cross-chain communications, DAppChains, smart contracts, and optimized application.

In terms of DAppChains, the new version provides a side chain scaling project that provides the unlimited scaling ability for Tron’s MainNet. Therefore, permitting decentralized applications to run with lower power consumption, higher efficiency, and security on the Tron Network.

Two fascinating features worth trying out in the new version. 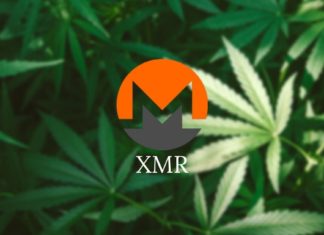 Pratik - April 24, 2021 0
Monero is a private digital currency. Monero is cash for a connected world. It’s fast, private, and secure. With Monero, you are your own bank....

“2019 Should Be The Year That A Bitcoin ETF Launches”