Tron Foundation announced the recent addition of eight new DApps last week. There are now 561 DApps on the Tron Network.

The first DApp introduced is NewDex, it’s a well-known and leading decentralized exchange in the EOS system. NewDex also released the Tron version of DEX (Beta version). The Tron NewDex version adopts a trading mechanism that combines offchain matching and onchain settlement. It has also opened trading zones for USDT and TRX, the trading pairs are TRX/USDT, BTT/USDT, BTT/TRX, WIN/USDT, and WIN/TRX.

The third DApp is Blocklord, it’s already launched on Tron four months ago. Since its launch, hundreds of heroes have been created, thousands of items have also been produced and dropped at the base.

The other new DApps can be accessed on the website.

The report also stated there was a 30% increase relative to the previous week in terms of transaction time and volume. Additionally, the report revealed that the total number of smart contracts had increased mildly. It places the number of registered smart contracts at 1,371. 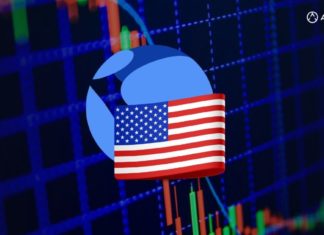 A Timeline of the Terra UST De-pegging

Martin Young - May 12, 2022 0
Crypto markets have continued to tank, and the Terra ecosystem’s woes are not over. UST decoupled from its peg earlier this week. Here is...

The Cryptic Mr Durov: Why is Telegram Saying So Little About...