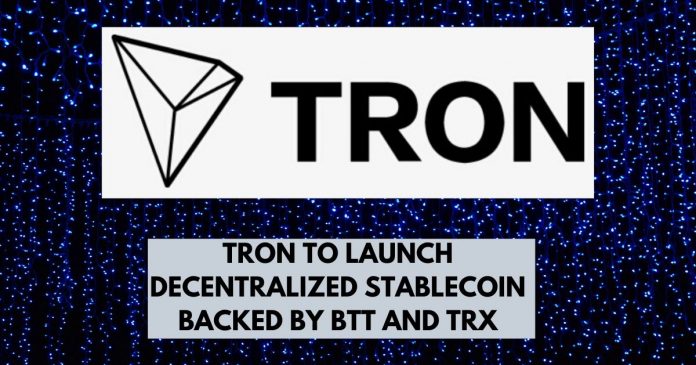 It will be backed by both TRX and BTT. Popular “hype king” and CEO of Tron, Justin Sun, hinted at the launch via a Twitter post.

Backed by TRX and BTT, the launch of this stablecoin will add more value to Tron’s network development.

Sun also asked the Tron community to suggest names for the stablecoin. He begged the question, “What’s the best name for this stablecoin?”

In response to his tweet, the twitter community has put forward several name suggestions. In total, over 900 hundred replies were provided. A lot of critics voiced unfriendly names like Shitcoin, Garbage coin, Zerocoin etc. However, some suggested more friendly ideas like the name sTRONgcoin.

His tweet reads: “How about Djed? It’s an ancient Egyptian symbol for stability and with a deeper meaning of a firm footing, immutability and permanence.”

The network via twitter also disclosed that Tron recently completed its 50 million TRX giveaway. All 20 Super Representatives (SR) have received their 50 million TRX. The giveaway was based on the performance of SPs on the Tron network.

Sun described the giveaway as a means of appreciating active and outstanding SRs. He also disclosed that any organization, individual or institution interested in joining the Tron network is welcome. All contributions directed towards building a stronger network and boosting development will be greatly appreciated.

The “hype king” also recently hinted at the launch of “a secret project that creates multibillion benefits for TRX and BTT.”

The network also partnered with Poloniex. 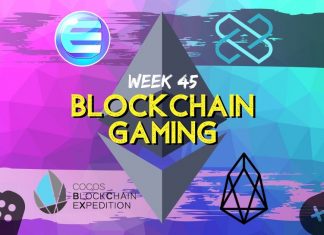 Ezekiel Ng - November 10, 2019 0
Bringing you a round-up of the most important developments in the blockchain gaming space. Find out what’s happening with our exclusive overview. Let’s begin the...