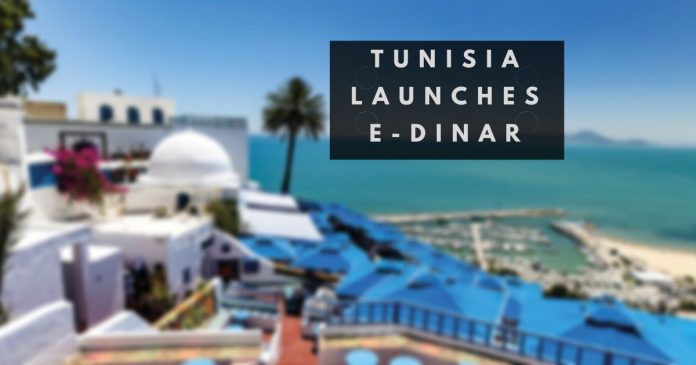 North African country, Tunisia has announced the release of E-dinar, becoming the first country in the world to launch a Central Bank Digital Currency (CBDC).

According to the Russian news outlet, Tass, Tunisia’s head of the central bank and a representative of the International Monetary Fund (IMF) carried out the first transaction with the E-dinar.

The E-dinar’s backed by paper money and state-owned. The blockchain technology also protects against counterfeiting, makes issuance cheaper and more transparent. Additionally, the country won’t issue a new currency. But, part of the country reserves gets moved to the platform and citizens gets the opportunity to exchange their physical money for E-dinars.

CEO of Universa, Alexander Borodich commented on the development. He said: “It’s impossible to fake the digital banknotes. Each banknote gets protection by cryptography like its paper counterpart gets its digital watermarks. Furthermore, the production of such a banknote’s 100 times cheaper than wasting ink. As well as, paper and electricity in the printing process.”

Besides, Borodich confirmed that the electronic money currency differs from the usual cryptocurrency.

Additionally, Universa gets rewarded with a fixed percentage of all transactions carried out with the E-dinar. Although, the country’s central bank oversees the ledger. This aspect raised eyebrows but the company claims it won’t have access to any private keys or the authority to view trade records.

Key features of the E-dinar

The digital currency differs from a crypto asset. Therefore, it’s not the same as Venezuelan El Petro.

Transactions with digital currency take place in shops, cafes, and other centers, it can also be gotten online. There’s also a planned 2,000 Kiosk in the country.

The African nation also emphasized that it plans to take the currency to a global level. Also, it eliminates the need for US dollars for cross border payments. Besides, it separates from payment protocol SWIFt that controls the power to stop payment to any nation at any time. The E-dinar gives the central bank of Tunisia huge power.

The news comes as a surprise as people held expectations towards nations like China, Canada, and Russia to launch a central bank digital currency (CBDC) before others.

Read more about why the governments are opting for digital assets. 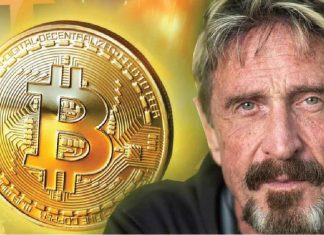 Garrett - June 2, 2020 0
John McAfee had previously predicted that Bitcoin would be worth $1 million by 2020. He has finally taken back his infamous and potentially consequential...