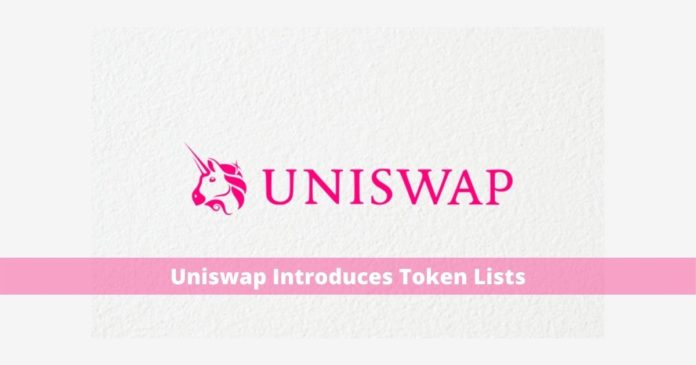 According to reports, Token List is an initiative from the Uniswap community aimed at improving discoverability and confidence in ERC20 token lists. The initiative will also be carried out in an inclusive, transparent, and decentralized way.

🦄We are excited to announce Token Lists, a new standard for creating lists of ERC20 tokens. This is a community initiative to improve discoverability and trust in ERC20 token lists in a manner that is inclusive, transparent, and decentralized.

Accordingly, the new initiative follows a standard JSON schema and there is the possibility of hosting publicly on ENS, IPFS, and HTTPS.

The launch will primarily include:

There will also be lists from crypto platforms like CoinMarketCap, CoinGecko, Dharma, Zerion, Kleros TCR, and Defiprime. Other sources will include platforms such as Compound, Aave, Synthetix, UMA, 1inch, and Roll.

At the moment, the Token Lists can be used in the Uniswap Interface. Therefore, this eliminates the need for a default list. Uniswap also mentioned plans for more collaborations, saying, “We hope to continue iterating and improving Token Lists in collaboration with the broader community.”

Token Lists can be used for filtering, trust scores, scam prevention, and more.

With Token Lists, Uniswap wants projects to be able to share public infrastructure and the ease of interoperability between them. Projects on Ethereum that want to part of this initiative will host a list of ERC20 tokens publicly and will follow the standard JSON schema. Another important aspect is that by hosting such lists on their own domains, such projects are tying their reputation to the endeavor.

Additionally, another advantage of the lists is the speed at which the new assets can be included. If a new asset is launched by a project, then the project can revise their own list, and any interface subscribed to that list will be automatically imported to it in real-time.

What can I expect from Uniswap?

Additionally, there are speculations concerning plans for Uniswap to release their own token.

Hayden Adams created the Uniswap decentralized protocol. He reportedly got the inspiration from a post by Ethereum founder Vitalik Buterin.

The decentralized protocol is built on Ethereum for trading ERC20 tokens. This decentralized cryptocurrency exchange is designed to function as a tool for the community to trade tokens without centralized platform fees or middlemen, which is unlike most exchanges.

Notably, the system uses a math equation, pools of tokens, and ETH to determine prices and execute trades. This is distinct from the regular exchanges that match buyers and sellers.

Previously, we covered how Uniswap is revolutionizing cryptocurrency exchanges. 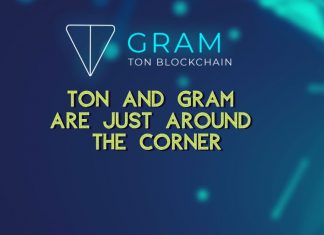 Natalia - October 9, 2019 0
Things are looking up for Telegram. The mogul messenger platform has updated Terms of Use for the Gram Wallet and added information about its...